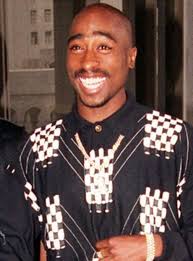 Tupac was murdered on September 13, 1996 in a drive-by shooting in Las Vegas, or was he? According to the son of Suge Knight, Tupac is alive and well. Recently Suge J Knight’s instagram has been FILLED (his last 20 posts to be exact) with announcements about the famous late(?) rapper Tupac Shakur. Some of these posts include pictures of Tupac seemingly standing side by side with celebrities such as rapper, 50 cent and pop singer, Beyonce. He also has claimed that he has a team together that has been tracking Tupac down for years now. Tupac Shakur’s death has been controversial for many reasons, including the fact that his killing is still considered to be an open investigation and no one has been arrested in his murder. However, some are set on his death and refuse to believe the rumors, Jalen Lewis ‘19 believes “He is dead and I find it disappointing and ignorant that people would say that he’s still alive. For someone to photoshop a picture of Beyonce and 50 Cent and put Tupac was so stupid and whoever believed that was a fool,” and Hope Gardner ‘20 “I think he is dead… If he were alive I feel like we would know, ya’ know? He’s such an icon if he were alive it would get attention.” While others believe the exact opposite and think somewhere unbothered. When asked if Tupac was alive, Nyla David ‘19 said, “I don’t know the whole story of how he got shot and it doesn’t add up to me. I feel like it was too planned. Like they couldn’t have known that he was going to be at that stop light at that time. Tupac is somewhere chillin’.” Do you agree with Jalen, Hope, or Nyla? Comment below your opinion on Tupac’s death and whether you believe Suge J Knight is going somewhere with his claims.