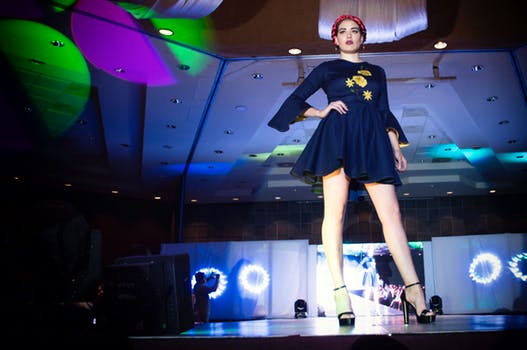 This year, New York Fashion Week started on September 6 and ended on Thursday, September 14. It was held at Spring Studios and 6 St. Johns Lane. The September New York Fashion week displayed styles from the spring and summer collections. These popular styles were presented by many fashion designers including Christian Siriano, Victoria Beckham, and Tadashi Shoji. The New York Fashion Week shows is an event that allows anyone to attend. Trends at the fashion show range from sunny yellow colors to tie dye and cargo pants.

One of the more popular designers, Christian Siriano, featured a shirt that made a political statement. Fiona Chen ‘19 says, “I saw on TV that designers this year were taking a new turn and producing fashion that was more symbolic and they had messages that showed body acceptance which was very nice to see.” There was also another memorable moment at Ralph Lauren’s 50th anniversary where there was a heated dispute between Nicki Minaj and Cardi B. This was where Ralph Lauren and Kanye West sat with Clinton and Oprah to toast to Ralph Lauren’s golden anniversary in the fashion industry. In this year’s finale, there was an unexpected surprise wherein it was rumored that Marc Jacobs was not going to be closing the week and that instead, Rihanna would be the last one to perform on September 14. This drama ended quickly, though, and Jacobs still got to close the week with his new collection. Overall, this year’s New York Fashion Week ended as a success!