Cardi B Gets “Unfollowed” 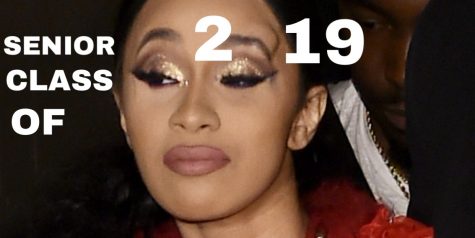 After the altercation, Rihanna, Jennifer Lopez and Chance the Rapper made their feelings public after they unfollowed Cardi B on social media platforms. Rihanna even went as far as to ban Cardi from her Diamond Ball, (The Clara Lionel Foundation event) where she aims to help impoverished communities with health care and education.

Twitter also managed to give their two cents, saying how dare Cardi act so belligerent at such a high class event. Twitter goers even went so far as to dig up Cardi’s past and they find multiple videos of her using transphobic and homophobic language. However, they couldn’t find evidence showing Minaj was talking about Cardi’s child. This in turn leaves Cardi what people call CANCELED.  A number of Whitney Young students weighed in on the squabble.

“I don’t understand why she’d pick a fight there though,” Krystal Aranda ‘19, a long time Cardi B fan states. “It’s funny how Nicki raps how she’s about that life but doesn’t want to get into a fight in real life.” On the other hand, some people defended her actions. Nicole Chavez ‘19 notes, “Cardi had a right as a mother to protect her child, no matter the circumstances,”

And then of course, there are people who have no interest in the lives of the rich and notorious. Isaac Acosta, ‘19 speaks for those people when he says, “I honestly do not care.”