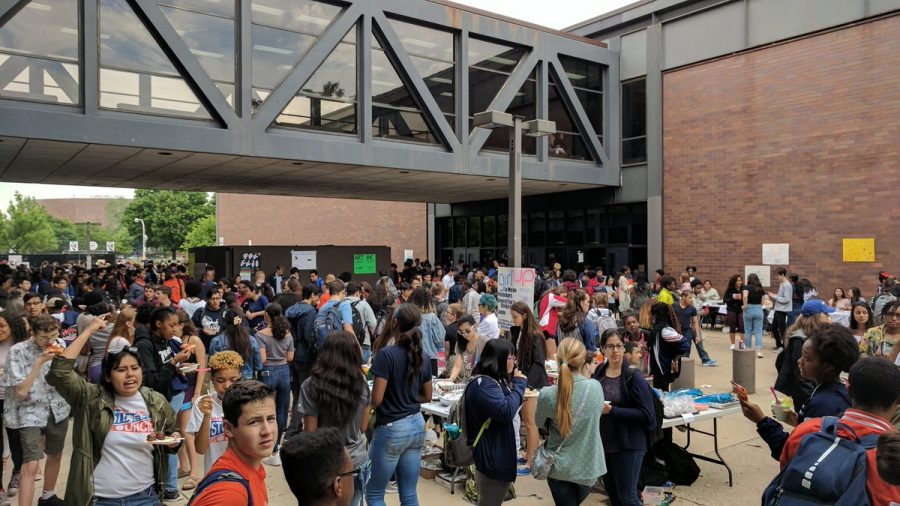 Hello Whitney Young Dolphins! Just a quick reminder that the Taste of Whitney Young is coming up soon. It will take place on May 30th, 2018 during all of the lunch periods (from 3rd to 7th) and will most likely be hosted outside on school grounds.

Why should you participate in the Taste?

Dolphin Jamie Su ’18 says, “The Taste is one of the largest sources of fundraising for the many clubs that we have here at Whitney Young, as well as our Student Council that sets up all the events that go on at school. A majority of the total revenue goes to the individual clubs and a small percentage of it goes to Student Council.”

Similar to the Taste of Chicago (except cheaper), the Taste of Whitney Young will have a variety of foods from different cultures. AAC will sell Chinese food, Math Team will sell bubble milk tea, Eco Club will sell fruit and pizza, and the baseball/softball teams will sell grilled meat.

Dolphin Fiona Chen ’19 says, “Tickets at the Taste cost 50 cents each! Start saving up now so you can try a little bit of everything from the 98 different clubs that will be at the Taste!!”