Boys basketball looks to redeem themselves 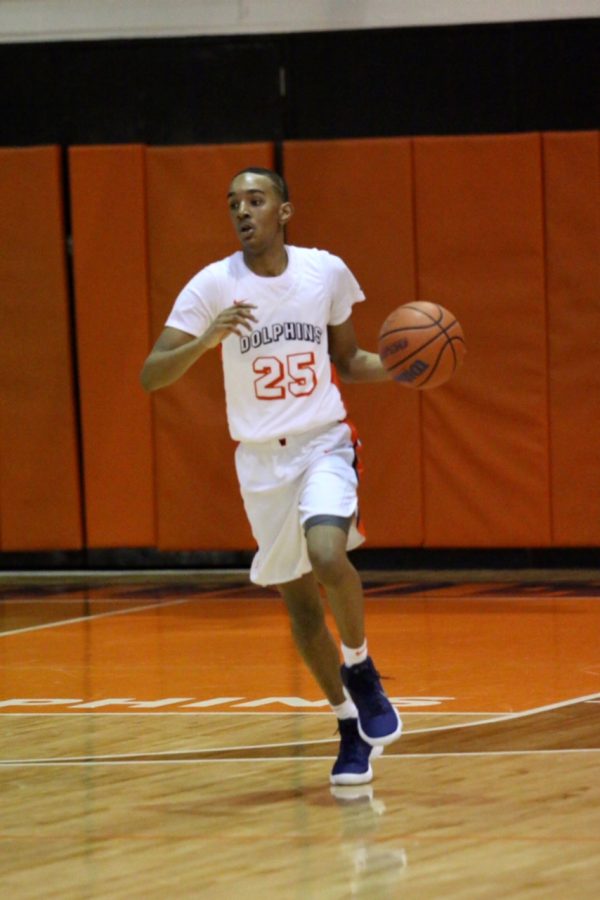 As we roll into 2018, the boys basketball team gets closer to the city and state championship games. As of now, the team has a record of 14-4, with a lot of up and down games.

The team participated in the 2017 Proviso West Holiday Tournament from December 27-30, 2017 at Proviso West High School. They went 3-1 during their time there, defeating Longwood (67-45), Downers Grove North (74-48), and Hillcrest (54-52). They lost to #2 ranked Orr Academy in the championship game with a score of 62-77. Senior guards, Javon Freeman and Xavier Castaneda, and junior guard, Keenan Jones, were the stars of the game. Freeman had the best performance with 23 points and 6 rebounds. Castaneda trailed behind with 16 points and 6 assists and Jones had 10 points and 2 rebounds. Castaneda said, “The loss was nothing to worry about. We will see them again this season and are looking forward to facing off again.” That was the Dolphin’s sixth appearance in the tournament and their first time losing in the championship game.

Going into 2018, the Dolphins looked to put the tough loss to Orr behind them. The next game was played in Memphis, Tennessee on January 6, 2018. The Dolphins played the Wildcats of Hamilton High School and although they played a good game, they unfortunately lost by 9 points with a score of 56-65. It was still a great game for senior guards, Justin Boyd, Javon Freeman, and Xavier Castaneda. Freeman scored 24 points and had 8 rebounds. Castaneda had 14 points, 5 rebounds, and 7 assists. Boyd finished the game with 10 points and 11 rebounds.

Bringing it back to Chicago, the team played a conference game against the Black Panthers of Von Steuben High School at home on January 10, 2018. This was a great game mostly because the team played well together and they were victorious in the end with a score of 91-43. Putting up 16 points in the first period, senior guard, Jake Kosakowski, wasted no time lighting up the scoreboard for Whitney Young. Junior guard, Myles Baker left the floor with double digits, scoring 11 points for Whitney Young. New sophomore transfer, Elliott Sieger, had 16 points and Justin Boyd also had 16 points each contributed multiple three-pointers. Also chipping in for Whitney Young were Javon Freeman, with 9 points, 2 rebounds, 2 steals, James Drummond with 8 points, 3 rebounds, and 2 steals, Grant Newell with 4 points, 3 rebounds, and  1 steal, and Sentwali Nalls with 4 points and 2 rebounds. Sieger was also a big defensive threat on the floor, racking up four rebounds and four steals. Sieger said, “I’m excited to be back to my old self and I’m ready to help my team get closer to another State Championship.”

Coming up this week, the Dolphins play two home games on Wednesday, January 17, 2018 against Uplift Community High School and on Friday, January 19, 2018 against North Lawndale College Prep. They look forward to add two more wins to their record, getting closer to the city and state championship.