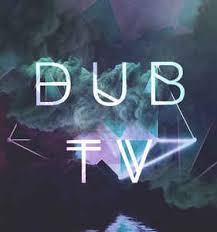 “I got the same feeling watching your show that I get when I watch the office or Parks and rec… why am I watching this? I just wasted my time.”

That’s a paraphrased quote from Whitney Moore Young Magnet High School’s Señora Ha, one of our Spanish teachers and our NHS sponsor. I talked to her about the recent release of my show, Enrique in the Halls, and she took my hopes and dreams and told me they were garbage. Yet this is indicative of a larger trend in what I’ve seen from reactions to the show. People tend to be very much on one side or another, and to say things are mixed would be an understatement.

While Señora Ha thought the hard work of Camille Argentar ‘18, Dearborn Plys ‘19, and me was a massive waste of time, other reactions were more positive, with Mr. Gallo giving it a 96 out of 100, and multiple students saying it was pretty funny. At first, it only seemed it was a thing that other people got if they knew me or were a freshman (as evidenced by Mr. Stevenson saying his freshmen liked it, even though he’d “give it a D.”)Yet as time went on, multiple people seemed to like it.

This poses a question: should I continue doing what I’m doing now, just tightening it up, to appeal to the majority of people who liked the show we put together? Or do I radically change the show/scrap it altogether to make something that appeals to Señora Ha and the other group of people? The answer is probably both. At any rate, Enrique in the Halls will probably be bi-weekly, assuming I’m at school and Camille can film, and it will be the best DubTV show with the word hall in the title we’ve ever had.