Get a leg up on the latest dance moves 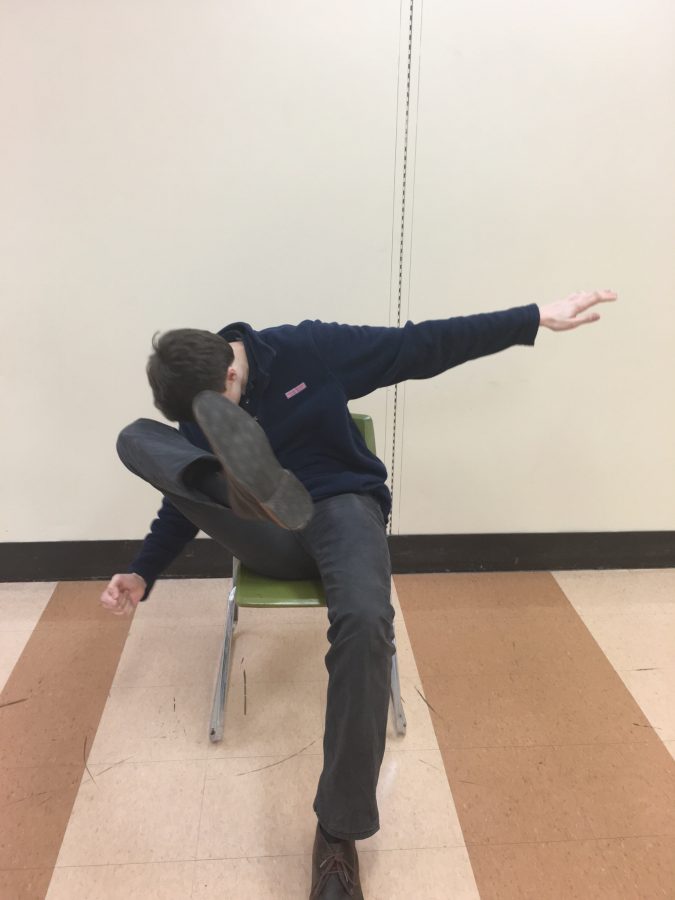 Are you tired of hitting the same old dance moves song after song? Do you need a new dance move to hit when the beat drops? Well then look no further because the newest dancing trend is here.

As with many great dances, moves like the whip, nae nae, folks and dab have been slowly losing popularity and falling into the same obscurity of past dance moves such as the dougie, the cat daddy, and the stanky leg. This time, stay ahead of the trend and be the one to show your friends the hottest dance moves of the spring. It’s time to hit the same dances you know and love… but with your legs. Hit the leg dab, the leg whip, and the leg nae nae and show your friends the true meaning of That’s right, these variations of your favorite dance moves will instantly make you the highlight of the party and the coolest kid in school. After all, who needs to be standing up to turn up.

Some WY students have already heard of leg dancing and it won’t be long before you see your friends hitting the leg dab in blue house. According to Michael Mills ‘16, leg dancing is well on its way to becoming the next popular form of dancing, “Leg dancing is way better than hitting the whip, dab, or anything else standing up. It’s going to revolutionize the way young people turn up.” Bop King DLow has even released a new “Betcha can’t do it like me” challenge video using only his legs. However, some WY students don’t understand why leg dancing is becoming popular. Mahalia Dalmage ‘15 said, “I don’t understand all the craze about this leg dancing, I mean why should I sit down to do the same dance moves I could do standing up? Still, I don’t want to be left out so I’ll probably start doing it too.” Although not everyone is as enthusiastic about leg dancing as Michael Mills ‘16, it is clear that it is going to be popular trend this spring.

With some of the longest legs in the game, I’ve put together a short how-to in order to teach you guys how to hit the leg dab, whip, nae nae, and folks.