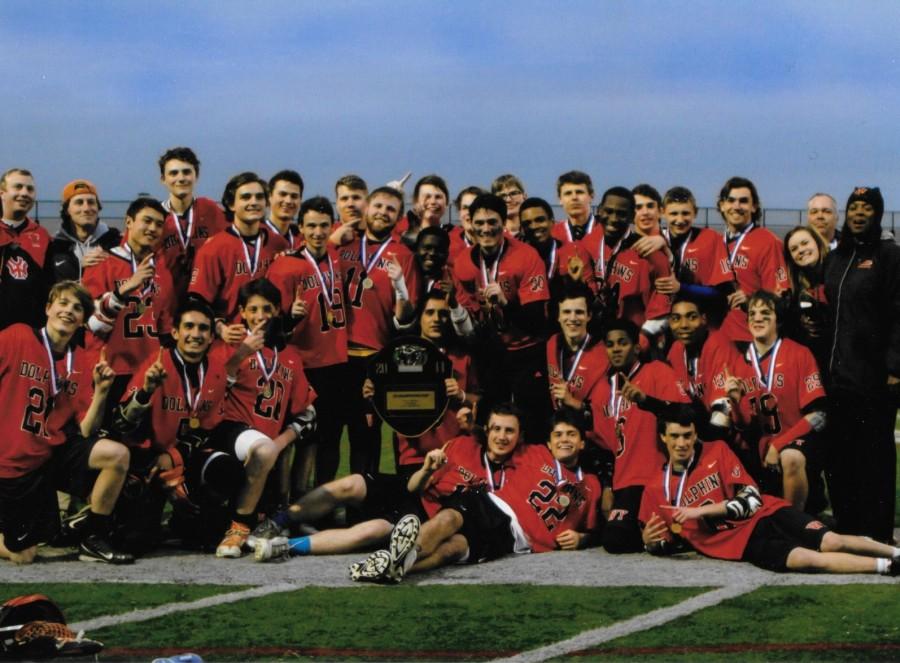 With WY Spring sports moving into full throttle, one group of Dolphins is looking to continue their team’s history of winning. The WY Boys Lacrosse team is getting ready for their 5th season and though the program is still relatively young, they have yet to disappoint. The team has won the city championship for the past four years (every year that they have been eligible for the city lacrosse tournament) and they hope to continue their winning streak.

Head coach Jim Speth told the Beacon what makes the team so special.

“I have a great coaching staff behind me. None of them are paid to come out and help coach this team, but they do it anyways because they love [lacrosse] and want to be involved in helping more people develop the same passion that we have for the sport” Speth said.  “We always stress that no matter what skill level you join the team at, if you are willing to put in the work you will succeed in becoming a great lacrosse player.”

Although they lost several key starters from the class of 2015, including Jack Rueve, Owen Bloomfield, Brice Murray, and Jack Thompson, team captain Luke Mallette ‘16, who is committed to play Division III lacrosse for Amherst College next year, is confident that this year’s team will continue to exceed expectations.

“I think our team is ready to rise up to the challenge and fill the roles that last year’s seniors left for us to fill. We’ve been conditioning and practicing our stick skills for the past couple of months preparing for the season” Mallette said. “This year we’re looking to do even better than last year and not only win the city championship, but go on to win the state championship.”

The Boys Lacrosse team performs well year after year, however, they usually don’t draw very much support from other WY students. Team member Ethan Wilen ‘17 said, “Since we don’t have a home field to play on, most of our games are either in the suburbs or on the fields of other schools in the city. Either way, they’re usually too far for fans to be willing to come out and watch our games.” One game, however, never fails to draw the attention and support of WY students. The lacrosse city championship has taken place at Lane Tech’s stadium for the past four years and each year it seems as though more and more WY students are in attendance. “I usually don’t care about WY lacrosse, but I’ve gone to the city championship for the past two years because a ton of people go and we usually blow out the other team. There’s a ton of school spirit in the stands so it ends up being a lot of fun,”  according to Amrose Kaler ‘17.

Whether or not the Boys Lacrosse team will be able to live up to the high expectations they are held to has yet to be seen, however, you won’t want to miss what is sure to be an exciting season.