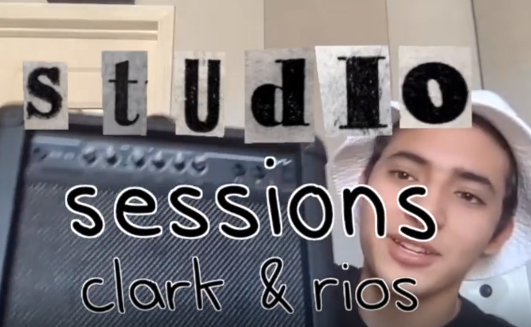 There is no doubt in my mind that the best DubTV segment is Studio Sessions. The segment is one that was started for the 2021 school year, and if possible I think it should be continued in future years. The segment is one that you can tell is made because of the creators love for music, and the want to elevate those that make music. The host, Andres Rios, is actually a musician himself, and I think this is what helps him ask such great questions as an interviewer. Actually, Jeremiah Garcia, Carver ‘22, made a great point that, “The musician is the one that asks the most questions about the craft of other artists.” And I think this is because they are often constantly trying to get better, and elevate their craft. Regardless, the host is not the only thing that is top notch. The editing is something that deserves to be praised as well. It helps elevate the show in a way that other shows can’t match. Editing is something that is often overlooked, as it can be done extremely simply. In fact, most of the time I feel a lot of people are told just to make sure the editing does not get in the way of the content, because it can happen. But, the editing for sure doesn’t get in the way of what’s being presented. Like said previously, it helps elevate what’s being presented. To quote Angel Rodriguez, Washington ‘22, “The show itself almost feels alive.” Which, honestly, I think describes the show quite well. Instead of having static, simple editing, the show almost moves along with the interview and keeps its pace at all times. The segments may get long, but it never feels like it. Speaking of elevating, it should be said what the show could do for the Whitney Young community. It puts a spotlight on the creatives within us, and makes sure they can be seen. This is a platform that they otherwise wouldn’t have, and I think any small bit helps. My friend, Geraldo Galindo, Washington ‘22, even said, “I probably would’ve never heard of this guy (BOOCHIE?) before the show,” and I think that that’s all it takes. If one person sees it, then they can spread it to others and so on. Actually, if you really think about it, at least a couple hundred people can learn of a new artist because of the fact that Whitney Young shows DubTV in division. It helps artists follow their dream, in a way that no DubTV show has done before. And even if it’s not by much, I think it helps our small high school community be put out into the world.