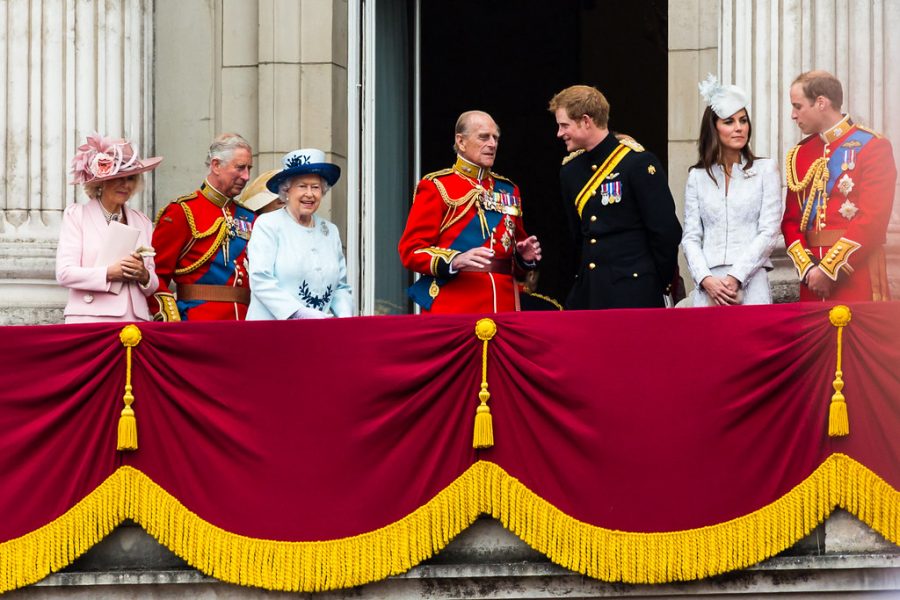 On Sunday, March 7th, Oprah Winfrey took the world by storm when she revealed that the British Royal Family started Coronavirus. This was revealed during the tell all interview with Meghan Markle and Prince Harry. The couple sat down with Oprah to talk about leaving the Royal Family but hinted about much more shocking news. Meghan described her experience with the Royal Family and feeling like an outcast. She discussed not being able to to easily adjust to the hectic life of a royal family member. She also described that she did not think she would have to curtsey to Harry’s grandma, also known as the Queen of England. Meghan thought she   was just meeting his grandma, not  the “Queen.”  Meghan also revealed that members of the royal family made racist comments toward her unborn child, Archie. She stated that a member of the family, who is neither The Queen nor Prince Philip, asked about the possible skin color of her unborn son.

When asked about their reaction to the shocking news, Ethan Hulk ‘47 said, “I mean, were we supposed to think that a monarchy with ties to Nazism wasn’t racist?” This being after it was revealed that Prince Phillp’s family had ties to Nazism. After hearing that members of the royal family said racist things, the world was shocked to learn that the royal family also started Coronavirus. Billy Caplin ‘21 said, “They did what!?”

Oprah did her own research and discovered that Covid-19 did not originate from animals, but generations of incest within the royal bloodline. The royal family’s lineage has been a popular topic of controversy due to the queen and her husband, Prince Philip, being cousins. Oprah concluded that it was precisely due to this inbreeding that Coronavirus was caused by the British royal family. Sandra DeCopper ‘23 said, “I knew they started it, I bet they were the ones who stole my bike in the third grade too!” Like Sandra, I also think that the royal family has done more than they let on. They were probably the ones who made frozen yogurt too!