$30,000 Budgeted to Make Theater More of a Deathtrap

Many Whitney Young students were disappointed last year when the theater was declared a “deathtrap” by industry professionals, due to the disrepair of the rigging system. This resulted in the stage being cordoned off and the cancellation of various events. Due to the scale of the problem, the necessary repairs were estimated to cost many thousands of dollars. Naturally, some were hesitant to dedicate funds to this project. “First they want lights, now this?” said Mr. McClulchsclulnlolff, referring to the new lighting system that the theater received in fall 2019. “What’s next? Air filtration? Working microphones? Where does it end?”

However, a cheaper solution seems to have presented itself. “It is always easier to break something than it is to fix it,” stated Handy Manny, a professional fixer. With this expert advice in mind, the administration has decided to dedicate $30,000 to not only further break the rigging, but to throw in a few brand new life threatening devices. “We got theatre kids causing a fuss? We could give them $100,000 and have them keep bothering us in the future. Or we could give them $30,000 and boom! No more annoying theatre kids,” said Bob Bobb, a financial manager for CPS. “This may not be the solution we need, but I believe it is the solution we deserve.” Construction/destruction is expected to be completed by August 2021, so expect many spikes, falling battens, landmines, and even a snake pit when we return to school in the fall. 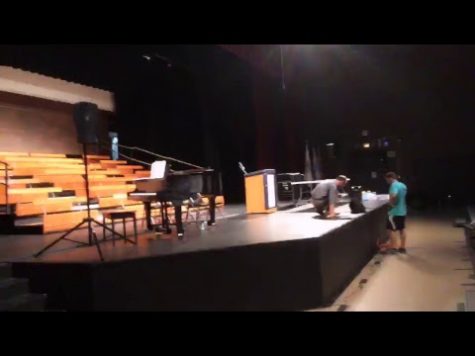