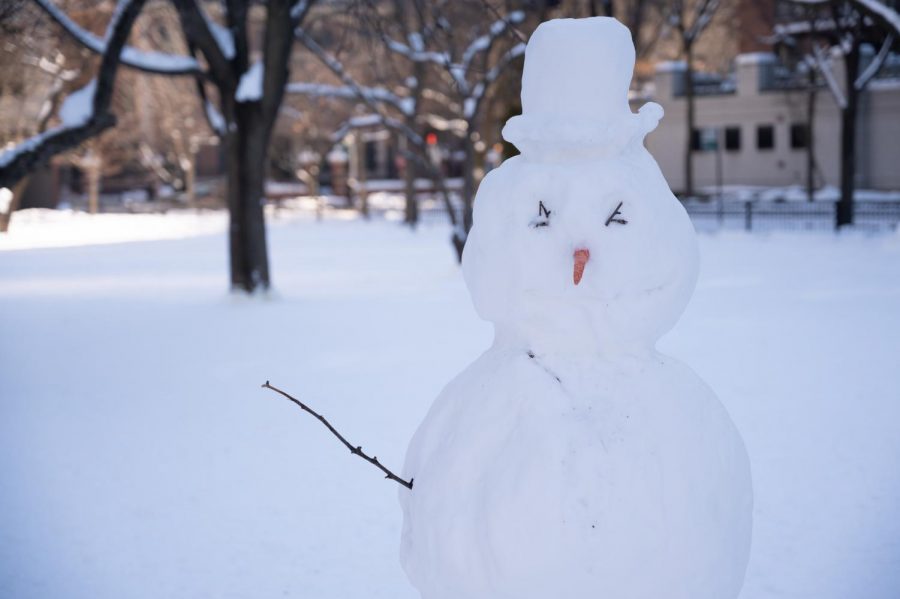 In most places around the world, snow is something you’ll get to experience. As beautiful as it is, it causes big problems for us, the people. For one, it takes up so much time and effort to shovel . Another is the amount of accidents that can occur when it snows. Constant shoveler, Bob Duncan, exclaims, “I am sick of this snow! I’ve slipped and fell many times and even broke my arm once!” Bob isn’t the only one who has had this happen. Many others can back up his claim. The slippery ice that comes with snow is super dangerous.

So, what can we as a community do to combat the snow? A local by the name of Sandy Cheeks, proposes, “in order to protect us all from the snow, we must put up a giant parachute that covers the whole region. That way, the snow will sit on top of the parachute and eventually melt away!” Sandy then continued to back up her idea by explaining that she had stayed in Antarctica for a month by using this method.

Sandy’s idea isn’t the only one though. Backed up through research at his lab, Dr. Heinz Doofenshmirtz, from Doofenshmirtz Evil Incorporated, states, “from years of designing machines to cause chaos in this nation, I accidentally created the Melt-inator 65000. My invention will, with a 110% guarantee rate, get rid of snow forever!” The Melt-inator has the ability to melt anything. Even though he has been causing chaos, he explains that he has given up that life and would like to help the people by using invention. He is a well respected scientist and has many supporters. So far, Dr. Doofenshmirtz’s Melt-inator 65000 is the most favorable idea amongst the other ideas.

As much as there are people who dislike snow, there are many who love it. Shaggy Rogers believes that the snow is important and that it should stay. “The snow is what makes winter time fun! Playing in the snow with my dog, Scooby- Doo, is the best part of my day. We need snow.” There are many reasons why snow is fun. We can build snowmen, have snowball fights, and etc. Shaggy also inputs that Christmas wouldn’t be Christmas without snow.

There are benefits to having snow, but also multiple downsides. Many locals argue that the only people who enjoy snow are the younger generations as they don’t need to put in the back breaking work to get rid of it. A personal idea would be to incorporate both Sandy and Dr. Doofenshmirtz’s ideas. Perhaps the government could alternate from using the Melt-inator 65000 and using a parachute. It would benefit both the adults and the children. The children can continue to play and the adults wouldn’t have to break their backs shoveling the snow.