The Releases of December Eleventh

For Kid Cudi it had been two years since his last album, and the release of his new album had everyone excited. A few voiced their disappointment, “I think I just set my expectations way too high. I could not wait to listen to the whole entire album one by one, but it didn’t really compare to his past work. Of course it was still amazing, and I’m still adding so many of the songs to my playlists, but I feel like there was something missing,” explained Lily Novosel, Lane Tech ‘22. Despite some people feeling like there was something missing, the album is still full of incredible songs, a few of them featuring a diverse selection of artists. Pitchfork explains how the album features talented artists, like Phoebe Bridgers, to Pop Smoke, and Trippie Redd. Whether or not it compares to his old sound, everyone can agree that this new album has some powerful songs, and the more you listen, the more you love it.

Taylor Swift also released a new album  on December eleventh. She had just released folklore in July, and just five months later she released evermore. Fans and new listeners alike are going crazy over her new music. She is receiving high praise and millions of listens. “It was very peaceful and emotional. Evermore was definitely way sadder than folklore. But I can’t stop listening, it reminds me a little bit of old Taylor. Both my mom and I love the new music and can’t stop listening,” praised Ella Greven, Whitney Young ‘21. There have been lots of rumors surrounding a possible trilogy of albums from Taylor. US Magazine explains that fans believe the third album, following folklore and evermore, is called woodvale. Despite Taylor Swift shutting down these rumors, fans are still hopeful for a third album. 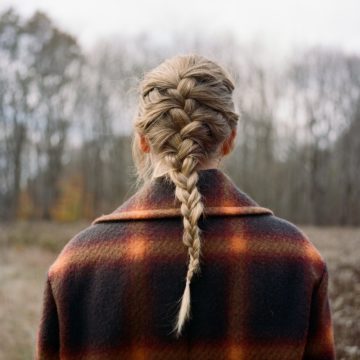 Although these two artists have very different sounds and are almost incomparable, many Taylor Swift fans are also Kid Cudi fans. When asked which album she liked more, Claire Macellaio, Whitney Young ‘21 said, “I just can’t choose between the two. I love them both, and their music, so much. But if I had to choose, I guess I would pick evermore. This is an impossible question though!”

All I can say is that December eleventh was a wonderful day for the music industry, and for our ears.