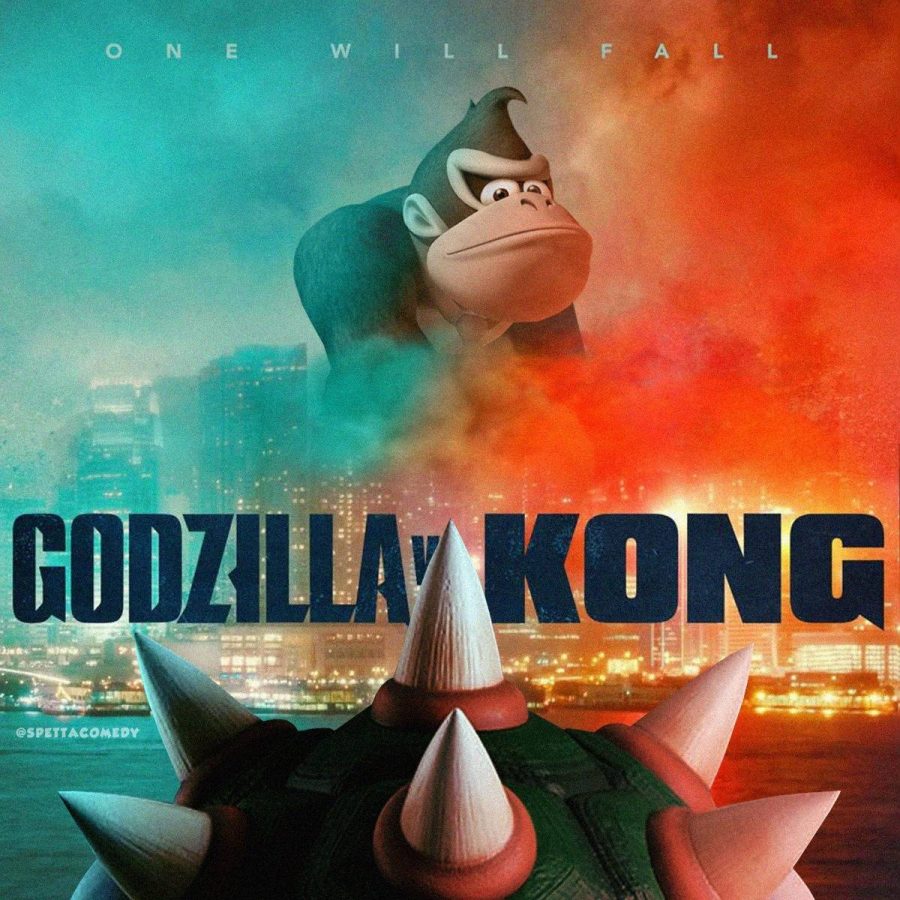 If you’ve been on YouTube lately, like I have, you might’ve seen the teaser trailer for Godzilla vs. Kong, a new movie scheduled to be released simultaneously in theaters and on HBO Max on March 26, 2021. There’s been some hype about the movie on a number of different platforms. AJ Luesebrink ‘21 says that he “saw an IGN post about a new trailer dropping Sunday,” which got him excited for “Donkey Kong to punch Bowser.” A sequel to Godzilla: King of the Monsters and Kong: Skull Island, it is the fourth film in Legendary’s MonsterVerse. The film is also the 36th film in the Godzilla franchise, and the 12th film in the King Kong franchise. This monster-action movie focuses on humanity’s fight for its future in a world where the two most powerful forces of nature, Godzilla and Kong, collide for a massive battle.

While this movie has a few more months until its release, there’s still a lot of speculation on what I’m hoping is a very solid addition to the MonsterVerse series. Sean Luo ‘21 and I recently watched both Godzilla: King of the Monsters and Kong: Skull Island together, and have high hopes for the new movie. “I’m very, very excited,” says Sean. “They (Legendary) do[es] well with the looks and sounds. I really like the roars,” and I definitely agree with him on that. The visuals and sounds in both movies really capture the pure scale of the monsters, and give the audience an idea of just how powerful they are.

In terms of the story, I’m not expecting too much. Both the past Godzilla and Kong movies looked great to me, but the story wasn’t that great, which I don’t necessarily think is a deal breaker. I think most people will be watching the movie for the big action scenes with the two titans battling it out, not for the plot, similarly to the Transformers movies. “I’m only there to watch Godzilla and all the other monsters fight,” says Edwin Chen ‘21.

Overall, Godzilla vs. Kong seems like a thrilling action-monster movie, and I’m pretty excited to see how Legendary continues the MonsterVerse series. Also, Team Godzilla all the way.