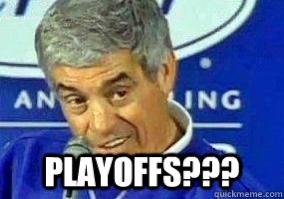 It’s that time of the year where the arguing begins and the fights break out. The NFL playoffs. I can say that I am a huge fan of the NFL and this is one of my favorite times of the year. Senior Charles Brown, ‘21, said, “Playoff time is the best part of the new year so far.” I’m here to inform you about what’s been going on in the National football league.

If you have no clue what the NFL playoffs are, it consists of the best 14 teams out of the 32 team league seeded from how they do in the season and how they do in their division. They’re two divisions the AFC and NFC these two each have 7 teams that play to see who is the best in that division inevitably leading to the Super Bowl. This is where the best AFC team faces off against the best NFC team to see who the champion is. This is how the playoffs were seeded. Each division’s 1 seed has a bye where they don’t play the first week and play the lowest seed the next week. Those teams were the Kansas City Chiefs and the Green Bay Packers. Senior Alex Henderson, ‘21, said, “My favorite team is of course the best in the NFC, the Green Bay Packers.”

The First week of the playoffs:

Second week of the playoffs:

The matchups are set for the AFC championship and the Kansas City Chiefs(1) vs. the Buffalo Bills(2). For the NFC championship, Green Bay Packers(1) vs. Tampa Bay Buccaneers(5). These games will set up the Super Bowl, it will separate the men from the boys, and will specify who the best of the best is. Senior Ferris Spikner, Homewood Flossmoor, ‘21, said, “I think the Buccaneers are going to win it all, I especially like Wide Receiver Antonio Brown.” So my question for you, Who do you think will be the 2020-21 Super Bowl Champions?  Leave your prediction in the comment section below.