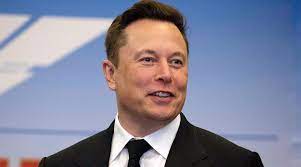 If one thing is for certain, it’s that 2020 was an awful year. However, that may not have been the case for all of us. Throughout 2020 Elon Musk’s vast wealth has been climbing, and finally on January 7th, 2021, he officially became the richest man in the world. Starting 2020 with a “mere” net worth of $27 billion Musk is now worth well over $204 billion, surpassing even Amazon’s Jeff Bezos. Surprised by the news, Sean Luo ‘21 said “I don’t mind Elon becoming the richest man because he is a cool dude, but it is important for the rich to help the poor.”

Echoing this sentiment, I have to agree that in these trying times it seems strange, to say the least, that Elon Musk and many other billionaires seem to be prospering wildly. While most are living paycheck to paycheck, the net worth of billionaires has been estimated to have risen by $931 billion dollars. This is mostly attributed to the fact that billionaires invested heavily in the market when it was down only to gain significantly more wealth as the markets recovered rapidly. Chasen Cage ‘23 noted “I get why corporate bailouts occur. But, individuals are stifled by lockdowns while large corporations continue to prosper largely through government aid.”

This rebound in the stock market can certainly, in part, be attributed due to emergency government action. But, this action has not helped those who need it most. With 10 million Americans unemployed, the rising stock market has only worked to help the top 1%. Ava Penn ‘22, understands this and said, “This is a perfect example of how American capitalism is failing those most in need. The wealth gap in our land of the free just shows that our low-income population will always be exploited for the greed of others.” These massive wealth gains have shown that the disconnect between the wealthy and the majority of the populace is only becoming greater.