There’s just over a minute left in the fourth quarter. The Lakers are up by five, and the shot clock is running down fast. AD dishes the ball out to LeBron, who’s a few feet out from the three-point line. With one second left on the shot clock, LeBron shoots a three over Brook Lopez. The shot clock buzzer goes off as the ball is in the air. Bang!! The Lakers extend their lead to eight with one minute remaining! 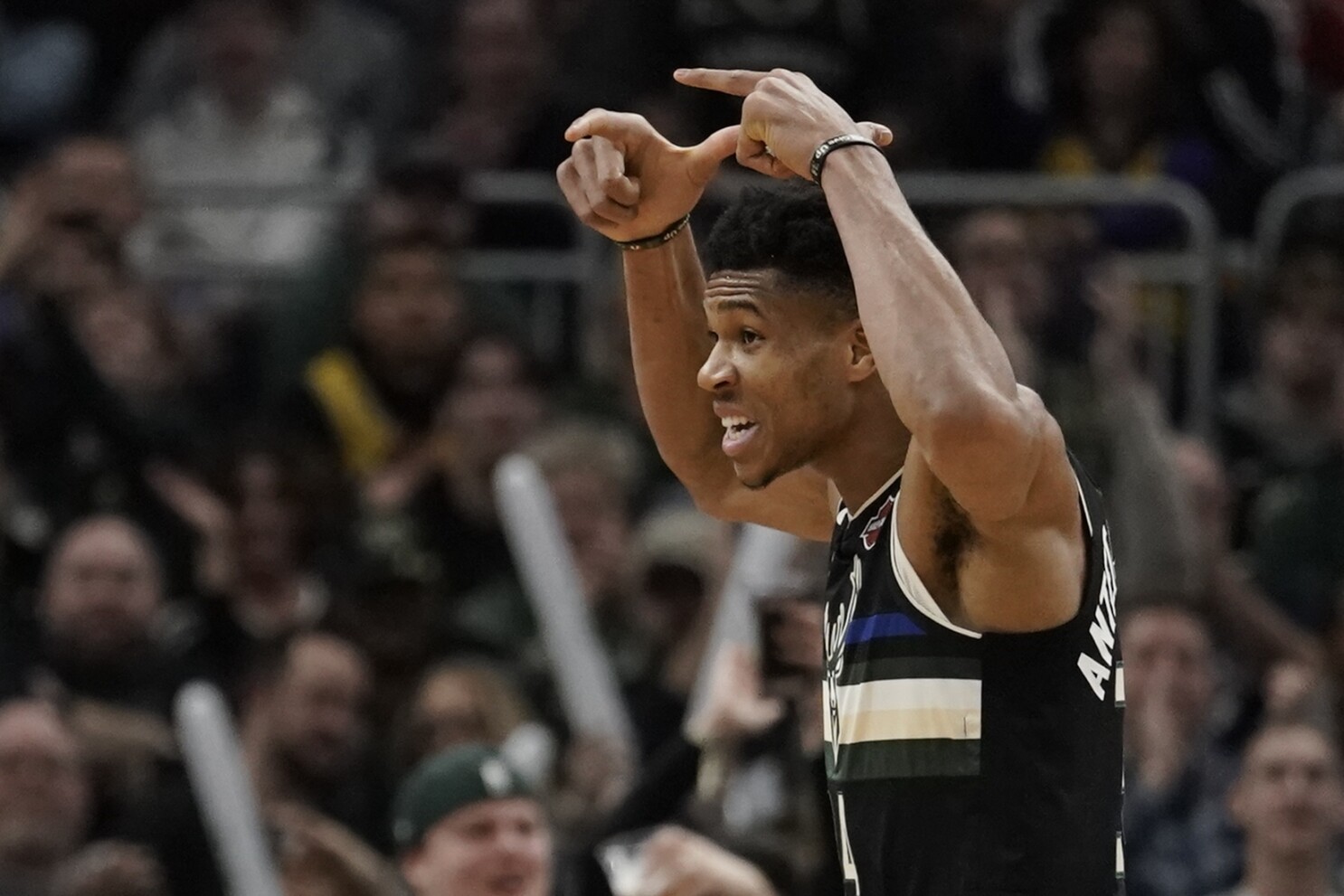 , we saw a long-awaited matchup between the Milwaukee Bucks, the #1 seed in the East for the past two years and the home of the two time MVP Giannis Antetokounmpo, and the Los Angeles Lakers, the reigning champions. Ignoring any stat sheet from this season so far, one could argue that this should have been an easy win for the Bucks, once again considering they have the two time reigning MVP and are going up against a 36-year-old LeBron James. However, that wasn’t at all the case. LeBron showed up once again, scoring 34 points, 6 rebounds, and 8 assists on 52% shooting. Giannis had a decent stat line of his own, almost getting a triple-double of sorts with 25 points, 12 rebounds…and 9 turnovers. He also fouled out of the game and had a very low offensive rating of 86. Clearly, LeBron was responsible for this Lakers win, considering the aforementioned clutch 3-pointer to put the Lakers up by 8, and the fact that he’s still got a grudge against Milwaukee. This game also put LeBron up 16-5 in games against Giannis, which isn’t good for the Bucks considering their championship aspirations. The question stands: How can Giannis overcome LeBron? Senior Edwin Chen ‘21 commented, “I feel Giannis needs to expand his game. He can’t always be running it down the paint and dunking. A majority of his shots are made in the paint. He should try doing some jumpers (3pt or mid-range) and start working on that free throw.” This seems to be the consensus among basketball fans who have studied his game. Junior Grace Chen ‘22 added, “Giannis needs to work on his shooting, he can’t just try to go for dunks all the time.” Others, however, have more eccentric solutions to the issue. Freshman Stephen “Curry” Luo ‘24 asserted, “He needs to go train in the mountains for a year.” As he rises to the caliber of a Hall of Fame player, Giannis will have to prove to the world that he can be truly great.