What Was Bridgerton Missing? 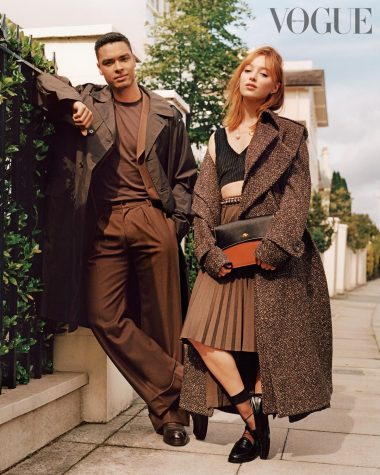 Since Christmas Day, it seems as if everyone has immersed themselves into the livelihoods of a few families in 19th-century Britain. What has become Netflix’s top 5 shows is Bridgerton, a British period drama created by Shonda Rhimes. It has everything from horse-drawn carriages, lavish balls, and star-crossed lovers. But Bridgerton is not quite like most pieces from this time period. What is different about Bridgerton is that its cast is racially diverse and populates all classes of British society. “It was refreshing to see the Black joy and the ability for black characters to hold higher positions of power in a period that was predominantly white, but there wasn’t mention of racial inequality,” says Nairobi Toombs ‘21. In the eight-part series, only one scene included dialogue about racial divisions in the 1800s. “There were points in the show that could have segued into a conversation about race,” notes Ruthie Zolla, DHS ‘21.

This brings about the question of how much of a period piece should be reserved for talking about racial inequality? Especially a show like Bridgerton that is set in 19th-century Britain. Maya Lambert ‘24 says, “I think that if characters of color are cast in a period piece, their characters should be developed upon and more than one conversation about race is needed.” Overall, Bridgerton is a fun, steamy, and refreshing series, but could use a little work on certain thematics in the future.