So, the holidays are coming up. Given the current political climate, or, more accurately, the political climate of the past four years, this means one thing: heated arguments with family members. Whether it’s your anti-masker aunt or your anarcho-communist cousin visiting from their liberal arts college in Portland, there is bound to be some type of uncomfortably heated debate, even if it is over a Zoom call. You may have survived Thanksgiving, but we’ve still got two more major holidays this year, and countless other attempts from your parents to carpe the quarantine diem and have a family dinner. To help you out, here are five tips from a seventeen year old for navigating holiday dinners. 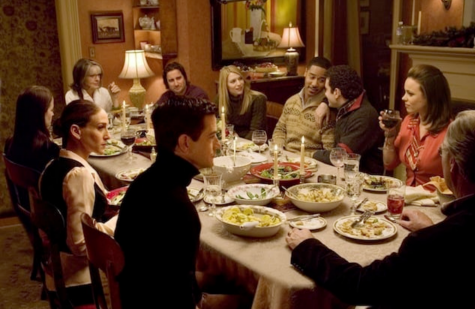 It’s quite easy to get infuriated hearing an opinion you find completely flabbergasting. At certain points, it may even become hard to control your facial expressions. But before you blurt something out, think, “Is it worth it?” I mean, really. What good will come out of an enraged tit-for-tat you’ll have with your third cousin you only see once every blue moon? Is there really anything you can say that’ll convince your uncle that Obama isn’t a reptilian android sent from Hell? In my opinion, save the rant for the ride home. Or, even better, your Notes app.

When you notice the conversation of the BLM protests getting dangerously close to a screaming fit, maybe try changing the subject. Ask your artsy cousins about the sourdough recipe’s they’ve been trying out during quarantine. Or ask your aunt who she thinks the Jellyfish is on the Masked Singer. Even if you have to hear your ‘tween step-cousin ramble on about their favorite TikTok trend, it’s better than seeing family members go beet-red over whether or not BLM is a terrorist organization.

Even though you’ve tried to keep your head down all evening, eating more mashed potatoes than your mouth can fit, somehow the mic gets passed to you. Your mom asks you if “men should stay manly?” In your mind, you wonder which answer will cause the least commotion. “Yes” or “No”? The correct answer is: both. Or neither. Mentioning the pro’s and con’s of both answers will fool your family members into thinking you’re a balanced thinker, when in reality you’ve completely evaded the question without giving a direct answer. It may seem like a cheap and sleuthing way to avoid criticism, but are you really prepared to be berated by your uncle on why “blue means boy and pink means girl”? Yeah, I didn’t think so.

So, you’ve come to the conclusion that maybe no intervention is the best response of all. You’ve prepared your ears for the passive aggressive quips that are to come and you’ve given yourself a list of existential questions to ponder while a war is being waged over desert. And yet, the idea of having to sit through the awkward silence after your dad makes a distasteful joke that wouldn’t have even been acceptable during the ‘70s shakes you to your core. In this case, the bathroom is your friend, your haven, with its Charlie Brown-themed hand towels yearning for the families’ tired and poor (hopefully jamming the Statue of Liberty quote into a bathroom metaphor isn’t too blasphemic). Make up a medical issue, saying the mac n’ cheese upset your lactose intolerance. Maybe chug a few cans of Sprite in the car ride over. Whatever gets you to the bathroom to wait out the storm. Another pro-tip: lock the bathroom door. You wouldn’t want anyone finding out you’ve been scrolling Twitter on the toilet for the past half hour.

So, you’ve decided to choose my personal favorite tip and stand up for your beliefs. I commend you, brave soldier. But, in my personal experience, going in with guns ablaze might not be the best approach. Consider your audience as well as the most effective way to get your point across. Will citing FBI crime stats or using a more emotional appeal be the best way to explain to your mom that black people aren’t more prone to crime? Will your Baby-Boomer aunt really respond well to quoting the Communist Manifesto or the Maoist theories on the protracted peoples war? Similarly, I find it more effective to have these conversations from a place of love and empathy, rather than hate and righteousness. Remember that political opinions are an amalgamate of life experiences and nuanced perspectives. Trying to get them to see the error of the ways by validating the varying realities and perspectives of your family members while still providing reality checks tends to result in the most effective conversations.

Hopefully, these tips help you navigate these tough, but necessary, family discussions. Though these times of turbulence seem to be causing more damage then aid, consider them to be growing pains. No change has ever occurred through easy transitions and few ruffled feathers. Discussing these growing pains with your family, though they seem to just seem to be fodder for lasting migraines, will both enhance everyone’s perspectives and hone your debate skills. Happy holidays, and good luck!