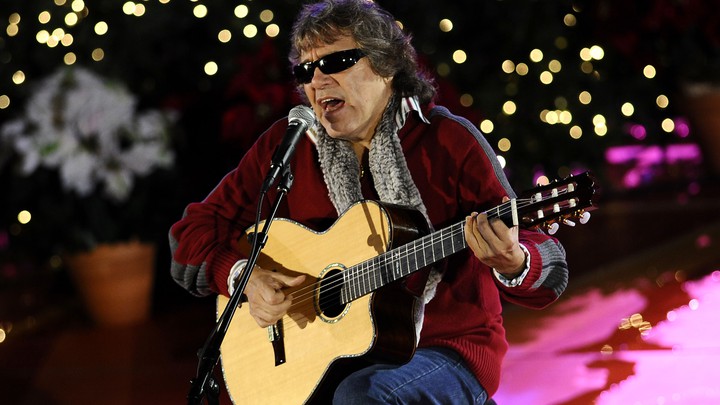 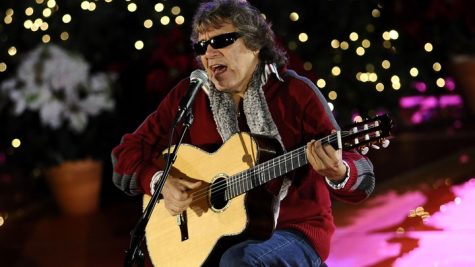 Coming in at tenth place, we have a classic: Feliz Navidad. There’s no denying that when Jose Feliciano’s iconic voice comes on the radio, everybody’s singing along. Now, why did this make the list? Because it’s fun, happy, exciting, and about the holiday season, and what better mix of qualities exists? Trick question. The answer is that there isn’t one. Feliz Navidad just flew into town from Puerto Rico, and it’s here to stay for the rest of the holiday season!

9. It’s Beginning to Look a Lot like Christmas – Michael Buble 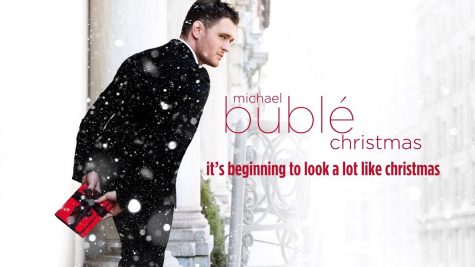 Michael Buble… you have my heart. There is nothing better than sitting by the fire, sipping on some hot cocoa, and wrapping presents for loved ones while listening to Michael Buble’s buttery smooth voice melt your eardrums. There’s simply no better feeling in the world, hence why Buble’s rendition of this song is coming in at ninth place. Trust me on this one: if you’re looking for a way to get in the holiday spirit, simply put on Michael Buble’s Christmas album and you’ll thank me for this article. 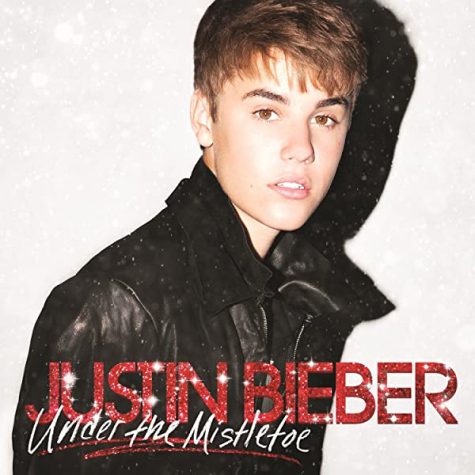 Okay, real Beliebers know that this song goes harder than ANY other Christmas song on the market. From JB’s rap verse to Busta Rhymes’ feature, the intensity, hype, and iconicness of this song is unmatched, and I expect to see this song on everyone’s Christmas playlist this year. This holiday season, everybody is a little drummer boy, and everybody better go just as hard as JB and BR for the holidays! 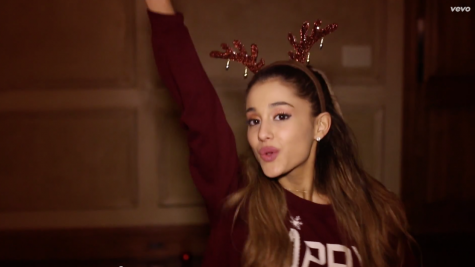 Look, I get it. Santa Tell Me is by no means a Christmas Classic, but that does NOT mean that it isn’t one of the greatest Christmas songs of all time. And how could you expect anything less from baby Mariah Carey? Ariana Grande is a goddess, and she proves it to us once again with this immaculate single. So, what are you going to be doing this holiday season? If it’s not jamming out to this Christmas banger and downing mugs of hot chocolate n’ mallows, I don’t wanna hear it. 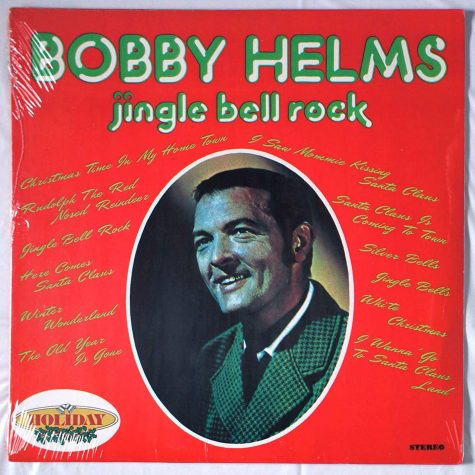 You already knew. Whether you’re listening to this song while watching Mean Girls for the tenth time this week or just listening to Bobby Helms’ classic while sitting by the fire, you’re listening to this song. Period. I don’t wanna hear any excuses. While this song may be a bit overdone and a bit overplayed around the holiday season, it’s still iconic, and it absolutely deserves to be on this list. Now, is it the G.C.S.O.A.T. (Greatest Christmas Song Of All Time)? No. But it’s sitting in its rightful place at number six on this winter-fully wonderful list. 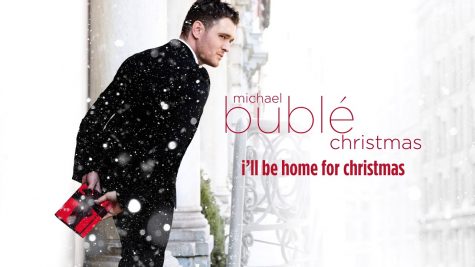 Oh, come on. You knew Michael Buble was going to make the list again! That deliciously smooth voice and beautiful face would have to kill a puppy to not make this list at least twice (and maybe again…). Now, this one was definitely a close call between this song and another Buble song, but due to my own biases, I’ll Be Home for Christmas is coming in at a solid five, and that’s plenty high considering the next songs on the list. We love you, Mikey. 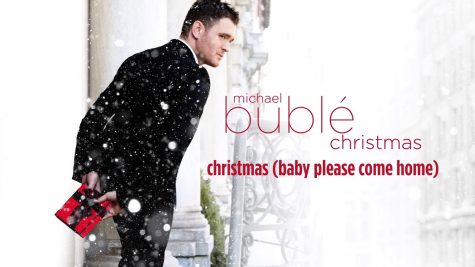 YES! Another Buble masterpiece! Now this one just so happens to be my favorite Michael Buble Christmas song, because it’s the first solo I got while singing with my volunteer singing group back in fourth grade (yes, this is the bias I was talking about with the last song… good times, good times). Now, unfortunately, as much as I cherish Michael Buble’s Christmas album, I couldn’t place him any higher on this list due to the following song’s iconicness, but four does him justice. You’ve got two in the top five, Mikey-baby! 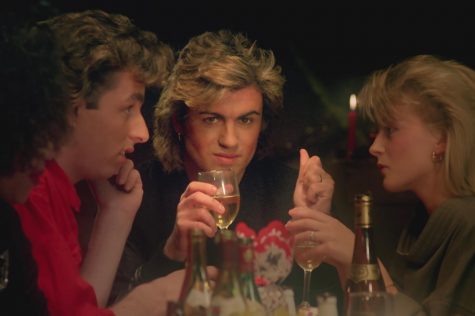 Last Christmas, I gave you my heart; but the very next day, you gave it away… *sobs ferociously* Oh! I’m sorry, I didn’t see you there… I’m not crying, you are. Wham!’s iconic Christmas song simply had to be in the top three. Not only is it one of the most popular songs played every holiday season, but it’s also one of the best. You can dance to it, sing to it, or even cry to it, making it easily one of the most versatile holiday songs out there. Who doesn’t love a little versatility in their playlist? 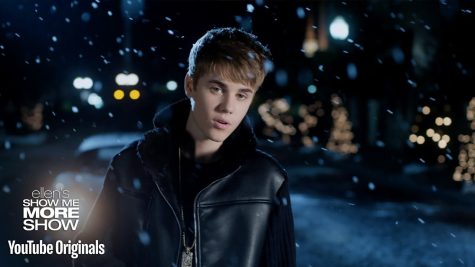 I’m a Belieber. Have you noticed yet? Okay, but on a serious note, it really is the most beautiful time of the year. Kids playing in the winter snow, chestnuts roasting like a hot July, and JB playing on the stereo. What more could you want in life? This song is hands-down one of the most iconic contemporary Christmas songs, and any Christmas playlist wouldn’t be complete without it. So, what are we doing ladies and gentlemen? Putting this song on our holiday playlist immediately? That’s what I thought…

1. All I Want For Christmas Is You – Mariah Carey 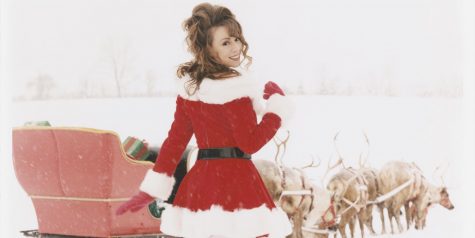 Did I really even need to say this one? Mariah Carey’s absolute BANGER is obviously taking the cake on this list. Why? It’s beyond iconic. It’s fun and energetic. It’s just an all around winner, and it’s no wonder why Mariah Carey makes around $500k every Christmas in the UK alone. So yes, Mariah, our skinny legend, our high-note queen, you have earned the throne, and it’s yours to keep until someone else makes something better (which is impossible). Love you, Mariah!

So, I hope this list helps you finally put that holiday season playlist together. I know you’ve been putting it off (don’t worry, I have, too)! So, let’s SLEIGH this holiday season once again with these bangers and indulge in the joys of the holidays. Happy holidays!