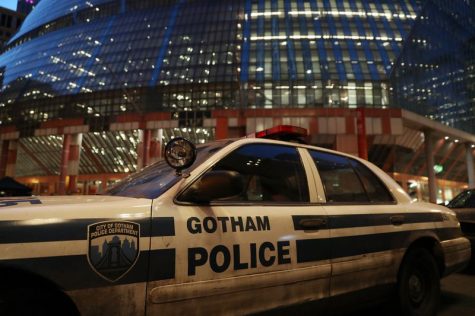 “The Batman” with Robert Pattinson filming in Chicago
This past weekend, downtown Chicago turned into Gotham City once again. Roads were closed around the Thompson center, where most of the filming took place. The stars for this upcoming movie include big names like Robert Pattinson and Zoe Kravitz.

Chicago has long been used for exterior filming for many of the Batman movies, which many people did not realize. “I was walking to get dinner downtown on Saturday and ended up with the crowds of other people waiting to see batman… unfortunately, I did not,” says Lewis Baer ‘21, a senior at Whitney Young. Many people, who knew of the filming, crowded around the Thompson center on Saturday night in hopes of seeing some of the action shots.

“Although I am not a fan of the Batman movies, it is super cool that they chose Chicago to shoot some of the scenes,” Alyssa Valles ‘22, a junior at Whitney Young says. Not everyone is excited, but the ones who are, are hard core fans. “I have seen every Batman movie, so I was so excited to hear that there would be a new one coming out,” says Anthony O’Brien, a Whitney Young parent.

The movie is set to come out October 1, 2021, but due to the coronavirus, there have been delays in the filming. The plot of this new movie, as with most big-budget comic book adaptations, has been kept under wraps. Whether big fans of the Batman series or not, it should be an exciting watch.