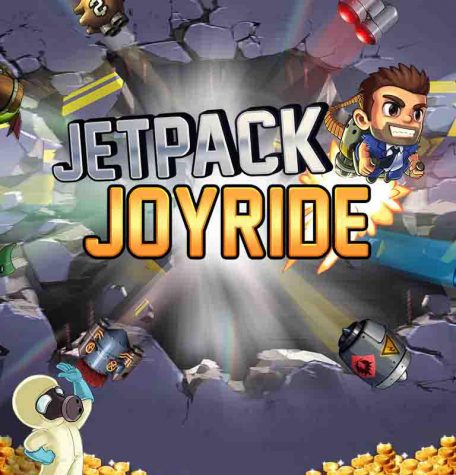 Jetpack Joyride is a game played by many when they were younger. The game was created in 2011 by Halfbrick Studios, the same company that brought us the classic game “Fruit Ninja.”  Since many have wanted to ride one since the existence of that game, they would be happy to know that finally, jetpacks are real.

On August 30, two airline pilots reported a person using a jetpack near Los Angeles International Airport. Then, on October 14, another person using a jetpack was spotted in the same area. They were reported by a crew member from China Airlines, and were about 7 miles northwest of the airport and were flying about 6,000 feet in the air. According to the Federal Aviation Administration (FAA), without air traffic permission, people are not permitted to travel near airports. The authorities have not yet identified the individual and are not sure whether it was the same person seen weeks ago, but the FAA and the FBI are looking into the reports.

Some Whitney Young students have voiced their opinions about this incident and the existence of jetpacks in real life.

“Really fresh. . . I would buy that without a doubt,” notes Ellison Richardson, ‘21.

“That’s one of the best things I’ve heard this year, and I’ve been waiting to hear that since I played Jetpack Joyride,” says Lehla Dillard, ‘22.

On the other hand, Morgan Michicich, ‘21, was not sure she’d actually want to put one on. “I wonder how many people will actually try to purchase and use jetpacks. . . I know I would be terrified.”

“They’re cool, but I feel like I only see them in movies. It’s not something people use to get around,  but if they were more affordable, they probably could be,” adds Amiah Blackwell, ‘22.

However, as expected, these machines are very expensive. A jetpack made by the Martin Aircraft Company, for instance, costs between $150,000 and $250,000. Even this cost excludes premium gas costs, any costs associated with acquiring a sports license in the U.S., and buying the flying equipment required.

So now, if kids tell you that they want to fly, you can tell them that they need to get enough money to buy a jetpack first.