A helicopter that crashed in California killed nine people, including NBA legend Kobe Bryant, dropped more than 2,000 feet a minute and was in one piece until impact into a hillside. The helicopter was at 2,300 feet in the air when it lost communication Sunday morning with air traffic control, the NTSB said. The pilot said he was climbing to a higher altitude to avoid a cloud layer. That last contact was around 9:45 a.m. Sunday. The first 911 call came in two minutes later. Parts of the helicopter were found scattered at the crash site, which stretched 500 to 600 feet. But it’s still not certain what caused the helicopter to crash, killing parents, children, and one of the greatest athletes of all time. Bryant, 41, and his daughter Gianna, 13, were heading to a basketball game in Thousand Oaks, where he was expected to coach and she was expected to play. The other six passengers included two if Gianna’s teammates with their parents and an assistant girls basketball coach. Many people are heartbroken over the death of Kobe Bryant. Kobe’s raw statistics are otherworldly: Five championships, two Finals MVPs, one regular season MVP, third on the all-time career scoring list, 15 All-NBA teams, 18-time All-Star, four-time scoring champion, and the list goes on and on. 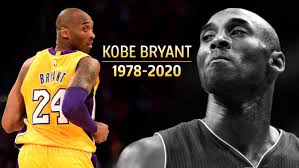