A new virus called corona is spreading rapidly. The first U.S. case of the new coronavirus spreading from one person to another, the husband of a woman who caught the disease while in China, was reported in Chicago on Thursday. It’s the second case that’s been confirmed in Illinois, and the sixth case in the U.S. since the new respiratory virus started to spread in Wuhan, China. Local health officials said Illinois residents are still at low-risk from the virus, but they are taking steps to contain its spread. A Chicago woman who returned from caring for her sick father in China earlier this month was the first local person diagnosed with the illness health officials reported Jan. 24. The woman, who is in her 60s, traveled to Wuhan in late December and returned to Chicago on Jan. 13. Her spouse did not make the trip to China. It’s believed that her husband was exposed to the virus while she was having symptoms. In all, health officials are investigating 21 possible cases of the coronavirus in Illinois. People under investigation who are showing symptoms are in isolation, Arwady said. Health officials are following up daily with those who’ve come into close contact with the couple to see if they’re showing symptoms, she said. Only those showing symptoms are being isolated, Arwady said. 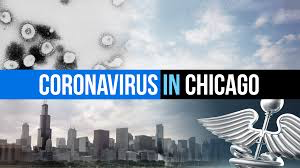