The DubTV crew works tirelessly every week to produce amazing shows for the school. One of the main comedy specials for DubTV is it’s show Lane Technical Difficulties, and after premiering it’s midseason episode, I talked to some of the actors and producers about the show.

Lane Technical Difficulties is a show about a spy named Al (Nico DeGrazia ‘21) from Lane Tech who is trying to infiltrate and take down Whitney Young high school but is very bad at doing so. He tries to gain the trust of two girls at school, one of whom falls in love with him (Gayun Cannon ‘20), and one of whom is the only one suspicious of his motives (Olivia Witulski ‘20) while everyone else seems to trust him. 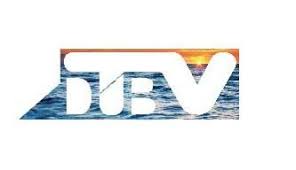 “Working with Nikel has been fun,” said producer, Jane McPheron, “He’s a great writer and I have a lot of respect for him and his ideas.”

When asked about their favorite episode, the Lane Technical Difficulties group unanimously agreed on episode two, which featured almost a cat and mouse game between Al and Olivia.

“I loved episode 2 because it was fast-paced and entertaining”. Said Nico DeGrazia ‘21.

The group recently released their mid-season finale, and the start of the second half of the season is expected to be released Wednesday, January 22nd.