When Entertainment Tries to Avoid Controversy

We recently saw the arrival of Star Wars: The Rise of Skywalker, the last film of the recent trilogy and the last film of the Skywalker narrative for a few years. It was, in my opinion, not a great movie. It was not bad due directly to its subpar writing, character development, or overall storyline. Instead, the movie failed because it wasn’t trying to be anything. The primary cause for this is the controversy that surrounded The Last Jedi, the previous film in the trilogy. That movie tried to do new things. Director Rian Johnson wanted to add something new to the franchise and to subvert expectations. His changes were highly controversial, as the fanbase was split on whether they liked the movie, with everyone having a strong opinion on it. Instead of holding to what the trilogy was intended to be, higher-ups at Star Wars decided the best way to avoid this happening again was to make a movie that avoided doing anything innovative and did its best to revert any controversial changes that The Last Jedi made. By doing this, they made a movie that did made no advancements for the franchise and provided a disappointing end to a trilogy that had potential to be great.

This is not, though, the only instance we have seen of a piece of entertainment that only tries to avoid controversy, instead of having a vision and actively attempting to be something new. Youtube’s somewhat infamous yearly recap of its platform, Youtube Rewind, has gained controversy over the years, increasingly becoming more hated for various controversial decisions that its creators and Youtube executives have made. However, Rewind 2019 was met with little controversy, especially by comparison to previous Rewinds. This is not a good thing. Rewind 2019 was essentially a collection of lists describing what creators were, statistically, most popular in each major genre of Youtube. It simply avoided any controversy by creating a work that nobody could have any opinion on, because it was nothing. Its creators didn’t want to do anything with it, they simply wanted to avoid offending anyone or causing any controversy. A WY student says, “yeah that rewind was terrible.”

In response to these failed attempts at entertainment, creators need to do two extremely important things that are crucial to the survival of art: they need to let art live apart from public opinion and popular culture and they need to be confident in their art. If you make art or entertainment purely to get as many viewers of it as possible, your art will lack substance, as we see with many blockbuster franchises now. Valuing every response to your entertainment is a mistake. Many, if not most, consumers of entertainment’s opinions should not be valued by creators because they are simply uneducated in the field or do not understand your goal for the art. There is a reason that movie directors are in their positions and those who complain about entertainment on Twitter are in their positions. Creators should be proud of what they create regardless of how others feel about the creations, and art should live apart from the public opinion on it and the popular culture of its time. 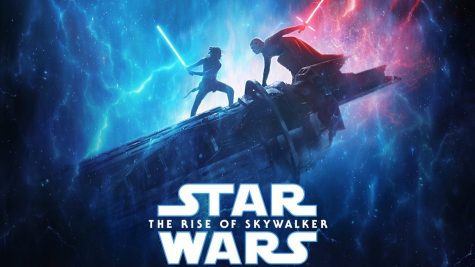