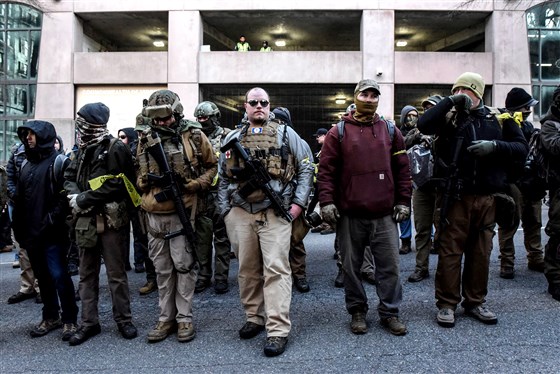 On January 20 of 2020 Virginians came out in full force to attend the infamous Virginia Gun Rally. It was these thousands of guns rights activists who amassed at the Virginia state capitol in Richmond before they were eventually dispersed. These protesters joined the rally peacefully as there was only one arrest the whole day after weeks of threats of violence. The threats had escalated to the point where three  men were arrested by the FBI and charged with “firearms and alien related charges”. They were alleged to have been members of an extremist, violent, racially charged group known as “The Base” which was announced on Jan. 16 by the Justice Department. These Men were discussing traveling to the Virginia Rally as reported by the NYT. According to local reports, the Gun rally demonstration was reported as peaceful. With the many gun owners who showed up, most felt very safe and protected by the law abiding citizens who were demonstrating their second amendment rights.

There were many fears of militia groups who would attempt to cause violence and disruption who were in opposition to the proposed anti second amendment laws in the state legislature which would restrict gun ownership. These threats are what motivated the governor of Virginia Ralph Northam, a Democrat, to declare a state of emergency which prohibited and banned all firearms on the Capitols ground until Tuesday. The rallies were disbursed at around 1:30 p.m. when the Capitol square had emptied out. Throughout the rally only 1 arrest occurred which involved a woman who refused to adjust or remove her bandana from her face after being warned on two separate occasions by an officer.

After the protests, Gov. Northam said “Today showed that when people disagree, they can do so peacefully. The issues before us evoke strong emotions, and progress is often difficult.” He then commended state and federal law enforcement for assisting with the rally and it’s safety. “None of us have committed a crime. Go take care of the criminals. Don’t take the guns from us.”, Bill Hayden told local outlet WTVR. Gun rights groups tried to block the state of emergency gun ban in a state court arguing it infringed their rights to assembly but a judge denied their motion and there appeal to the Supreme Court wasn’t taken up which left the weapon ban in place for the remaining week. Protesters were urged to do so outside of the capitol and abide by the emergency gun ban for the time being.

I also reached out to a handful of Whitney Young students for some comments on the story and their thoughts about the Virginia Gun Rally,

“The state of emergency declared was silly because the protesters were all very peaceful and managed to have a successful rally,” reported Christian Lee, ’20.

“I wish I could be there and stand for my second amendment just like the forefathers did in 1776,” exclaimed Unas Gurung, ’21.

“It’s not right that they can just ban our rights to protection but I guess it’s only temporary,” said Vicente Fernandez, ’23.

To conclude, every protester who showed up to the Virginia Rally was there to stand for their rights against a tyrannical government who attempted to violate their Second Amendment rights and freedom to expression through open carry. The rallies caught the attention of national headlines across the country and sparked the fight to defend the second amendment by any means. The rallies also caught the attention of the President of the United States of America, Donald J. Trump who urged people to vote for Republicans in 2020 in light of democratic-proposed gun laws which are unlawful and a violation of our rights as Americans. Ultimately the people are the foundation of American and it’s up to citizens to fight for their rights and not let any tyrannical government abuse their power.