What does Star Wars mean to you? 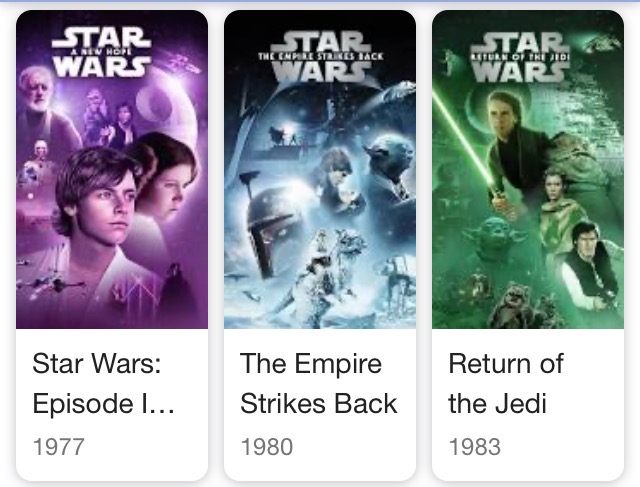 Star Wars:The Rise of Skywalker marks the end of the 42 year Star Wars saga. I have been watching Star Wars on DVD since I was a little kid and I love them so much that I saw them many times. When I saw the trailer for The Force Awakens, I got so excited that I was finally going to get to watch the new Star Wars trilogy in the theater on the big screen. I watched all the Star Wars movies before I went to see The Force Awakens in the theater. I fell in love with new characters (Rey, Finn, Poe, and BB-8) and I got so mad at Kylo Ren because it is a big deal that he killed Han Solo. To me, The Last Jedi is the funniest out of the new trilogy, but The Rise of Skywalker is the coolest movie in the new trilogy. There are a lot of cool moments like the part where new Darth Star Destroyer rises in the stormy sky. My favorite part was at the end when just when there seem to be no hope, a lot of spaceships show up to save the Resistance. So far, I’ve seen the movie two times and was still impressed by these moments and the emotional events throughout the film to wrap up and conclude the saga. Although, I can’t pick which movie is my favorite, I can say that the original trilogy that began this great adventure for me “A long time ago in a galaxy far, far away…” is my favorite.

To me, Star Wars were my childhood movies that traditionally brought my large extended family of parents, aunts and uncles together to watch them over and over again, be it on VHS, DVD, or on the big screen. I was hooked the minute I first saw the powerful villain, Darth Vader, walk in to his own theme music, The Imperial March. The image of Princess Leia projecting from R2D2 saying, “Help me, Obi-Wan Kenobi. You’re my only hope.” sealed the deal. I fondly recall Halloweens being dressed up as Princess Leia, Darth Vader, and most recently Rey. Even my dog was dressed in my karate outfit as Luke when I first got him and in his later years, befittingly as Yoda. If is wasn’t for Star Wars, my childhood would be different. I want to show them to my future kids in the release order and hopefully they will enjoy the adventure and create their own happy childhood memories. I think the impact of Star Wars will last through many future generations. 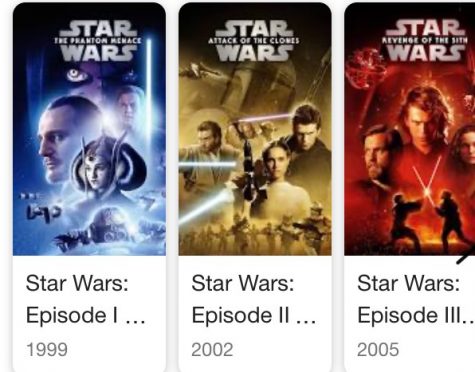 Star Wars popularity continues throughout generations and is still so effective, successful, and special. Star Wars means different things to a lot of people. See Whitney Young students’ and teachers’ responses below:

Edward Dziedzic, history teacher, stated, “My take is seen through Generational theory. Star Wars is a great story of the ‘hero’s journey’. Luke Skywalker represents today’s millennial generation which has a major crisis to overcome working together with my Boomer generation as represented by Obi Wan Kenobi. Gen X is represented by Han Solo who kind of gets the thankless jobs.”

Darcy Combs, ‘23, noted, “For me, Star Wars is a powerful symbolic conglomerate of movies that shaped my love of sci-fi movies. It’s enlightening when it comes to its representation of politics and empires that is supposed to reflect the universal fears of tyranny of its time, whether that’s the faceless dictator or rise of an unstoppable war. It’s introduced some of the most innovative parts of cinema, with models and early visual effects, as they started from such a low budget in the original trilogy and went on to build a saga up from there. It’s amazing to say the least.”

Andrew Bui, ‘21, said, “Star Wars is the most iconic movie franchise with ships like the Millennium Falcon, the stormtrooper, and the Imperial March.”

Luis Calderon, ‘20, stated, “Star Wars meant a lot to me based on storyline, design of ship and love to see fights with lightsabers. I feel like being in the movie to be part of society which is much like current issues.”

Julian Cronin, ‘21, noted, “Star Wars Is a fantastic series and space opera that takes traditional themes of heroism, loyalty, and self growth and places them in an exciting and flashy setting. Although the Star Wars movies are simplistic, the galaxy is full of books and extra stories told in Star Wars comics and extended universe stories outside of films.”

Hawkeye Pirtle, ‘23, said, “Star Wars is a groundbreaking, classic, extraordinary saga that is an important part of the web of stories I enjoy.”

Florian Palucci, Film teacher, stated, “Star Wars is a fun series that has inspired so much in the sci-fi genre. I think my favorite thing about the movies is their relationship to history. It’s been fascinating to see all 3 trilogies and how they each reflect the moment they were made in, from the war and conflicts happening in our world becoming subtext for space conflicts, to the tools used to produce them shifting to stay on the cutting edge of special effects technology.”

Frances Harris, ‘20, noted, “I started watching Star Wars with my dad, so it’s always been something we’ve been able to bond over which I appreciate. I’m always excited when a new movie comes out.”

Star Wars has so many good memorable quotes. My favorite quotes are both from the Star Wars Episode V: The Empire Strikes Back. The first is from the now famous heartstopping climactic scene when Darth Vader reveals to Luke, “No, I am your father.” In my opinion, the most romantic and heartwarming scene in the entire saga is when Princess Leia finally tells Han Solo “I love you” and he replies “I know.” This is also one of ‘23 Hawkeye Pirtle’s favorite quotes.

What is your favorite Star Wars quote? See Whitney Young students and teachers responses below:

“The force will be with you. Always”- Obi Wan Kenobi, stated Mr. Dziedzic, history teacher

“I don’t like sand. It’s coarse and rough and irritating and it gets everywhere.” – Anakin Skywalker and “So this is how liberty dies…with thunderous applause.” – Padme Amidala, said Florian Palucci, Film Teacher

As you can see, there are many reasons why we love Star Wars. It meant many things to our Whitney Young students and teachers and to people all over the world. In Star Wars Episode IV: A New Hope, Han Solo tells Obi Wan and Luke, “Go strap yourselves in. I’m going to make the jump to lightspeed.” Throughout the years, with every new episode, it’s been fun strapping in and jumping into these adventures of hope, good versus evil, friendship, love, and humanity. I hope it’s been fun for you too!