Do you really care?

“On New Years Eve, my family and I went out to dinner and talked about our top 10 moments from 2019,” noted Katie Monyihan, 19’. As the entire world rings in The New Year with laughter and love in their hearts, some royal tea is brewing up across the ocean. In the UK, on the 10th of January, Princess Meghan Markle and her husband, Prince Harry, announced that they would be resigning from the English Royal Family. This monumental decision stems from increased tensions between Princess Markle and the media, and the royal family’s general disapproval of the princess.

She is one of the first, if not the first, Bi-racial princess in the royal family, and she is American by birth. With two strikes against her, it wasn’t looking very good for her from the get go, and Prince Harry decided that it would be best to remove themselves from the tension, and just resign from the royal family overall. This announcement came in an intimate interview Prince Harry did with Royal Split, and the media has been shambles ever since. Rumors have been circulating, critics are in a rage, but most of all this has garnered American attention.

For the first time since Prince Harry and Princess Markle’s wedding, Americans seem to have a keen interest in their affairs. Americans from all over have been showing support for Princess Markle, and some even showing disdain for her decision. No matter the opinion, this hot-button topic has raised an interesting question on US international affairs. When do we tend to care about international affairs? Laila Latta, 20’, explains, “We tend to care about international affairs when we feel like we don’t have control.” While some may believe that US involvement is a political tactic, others like Ayden Scott, 18’ say ,“The US tends to take interest on foreign affairs when it is well talked about.”   Events outside of the country undeniably have an effect on American society and culture, but when you scroll past your twitter feed every evening, ask yourself, do you really care? Or is it just because it’s trending. 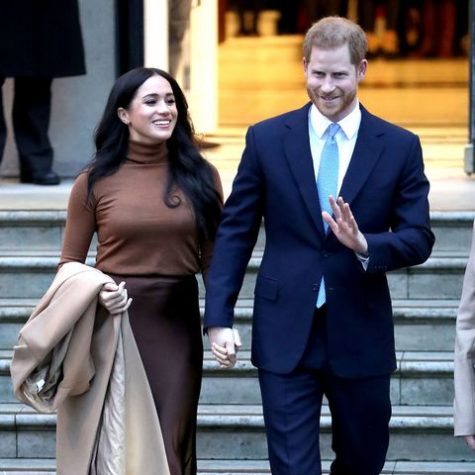