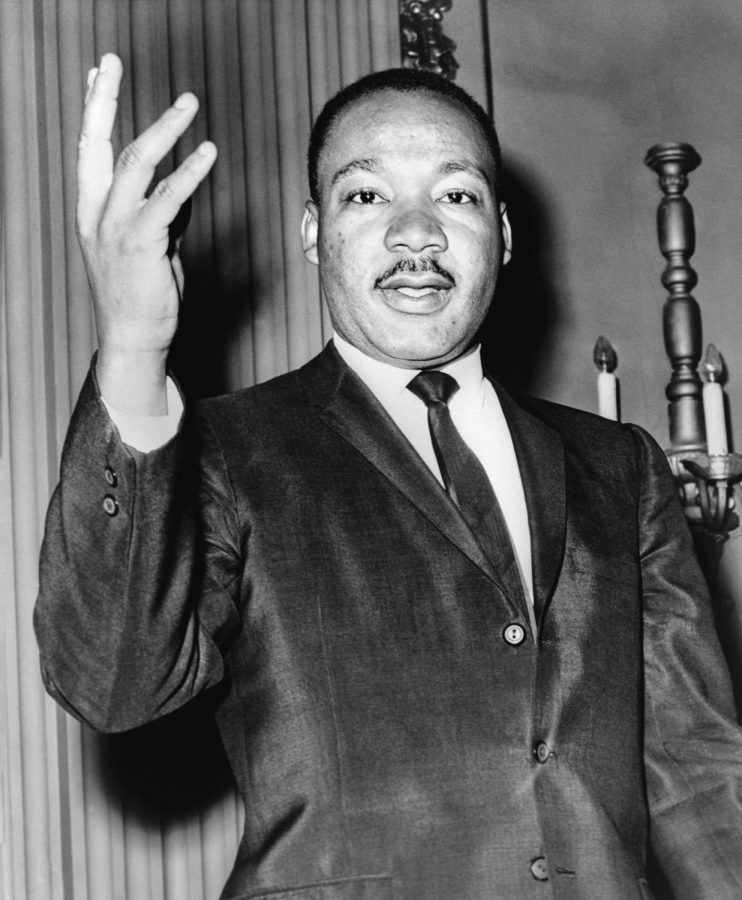 In honor of Martin Luther King Jr.’s birthday, which was January 15th, 1929, let’s celebrate and recognize his groundbreaking accomplishments. King was born in Atlanta, Georgia to Martin Luther King Sr. and Alberta Williams King. King’s birth name was Michael, but his father changed it to Martin in 1934. King was the middle child, having an older sister and a younger brother. King grew up going to church often, where his mother was an organist.

King attended Booker T. Washington High School, where he was part of the debate team, and mastered his public speaking. At the age of 15, King was accepted into Morehouse College, where he studied sociology. He graduated from college at the age of only 19 years old. King also attended Crozer Theological Seminary where he earned a degree in 1951. King also received a Doctoral degree in systematic theology at Boston University in 1955.

During all of this, King became a Christian minister and his childhood and family prompted him to be a civil rights activist. His father, King Sr, often protested police officers for their continued racism and mistreatment. “I didn’t know his father was also an activist and inspired him to become one too” stated Emily Servin ‘21. In 1955, King led the Montgomery bus boycott, a protest against racial segregation. It lasted 15 days. This led to the Supreme Court ruling that segregation on buses was unconstitutional. King also organized the 1963 protests in Birmingham. His most famous protest, the 1963 march on Washington, where he leads some 300,000 activists. This led to his famous “I Have a Dream” speech, which was delivered at that march.

As a result of all of King’s hard work and organizing, the Civil Rights Act of 1964 and the Voting Rights Act of 1965 were passed. King won the 1964 Nobel Peace Prize, the  1977 Presidential Medal of Freedom, and the 2004 Congressional Gold Medal. Nathan S. ‘25 said, “I’m glad he won so many awards, they were well deserved.”

King was murdered on April 4th, 1968, at the Lorraine Motel in Memphis, Tennessee. King will always be remembered for being a major leader of the Civil Rights Movement and the reason many civil rights laws were passed in America. Kira Gergeni ‘20 said, “He was really impactful to America.” Like Kira, we should all remember what King did for America.