In Chicago a new controversial clothing store is opening downtown. The store is called Brandy Melville and it has captured the attention of many people, mostly teenage girls across the world. Brandy Melville is a Italian based women’s clothing store that is known for its trendy clothes but it is more negatively known for its exclusive sizing. Brandy Melville only carries “One size fits all” clothing. The clothes are generally small and fit a women’s 0-4 and no larger. Critics of the store say that it’s exclusive and supports unhealthy habits for young girls. Although there are many people who criticize it, Brandy Melville is extremely popular, continuing to open stores across the country. 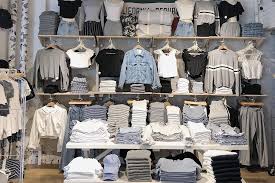 The store is opening inChicago on Friday December 8th, 2019. I asked Whitney Young girls about their thoughts, Pearl Wood-Prince ‘20, said, “I really like the clothes even though not all their stuff fits me so I’m excited to go check out the store.” Other students were less sure about the opening Ava Penn ‘22, said, “Brandy Melville’s not really my style and I don’t agree with their sizing, so I probably won’t go to the store.” Some were less concerned with sizing and more concerned with the environmental problems. Rory Aspin ‘22, said, “I don’t support fast fashion, I try not to shop at stores like Brandy Melville, so I’m not going to visit the store.” Although some don’t support it there will definitely be a crowd of people waiting to go to the highly anticipated, new store. 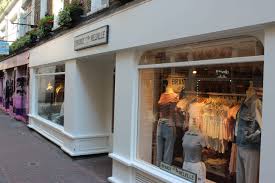