Whatcha listening to?  Well, STOP IT! I’m serious.  I’m actually trying to heal your ears from all of the GARBAGE that spews from your headphones.  No offense. But you would never forgive me if I hadn’t told you about Lil Peep’s second posthumous album.  Everybody’s Everything dropped November 15th, 2019, on the second anniversary of Gustav Elijah Åhr’s passing.  I personally will attest to its utter ‘fireness’.  But don’t just listen to me. Hear it from your peers.  Isaiah Robinson, ’22, stated “That new Peep was absolute heat!”

The album is riddled with classic records, such as “cobain” and “witchblades”, that feature his counterpart Lil Tracy.  There’s even an acoustic recording of “walk away as the door slams” that is so beautiful it will make you cry.  I cannot fathom a plausible reason why you are still reading this article and have not begun to play these songs.  Need more convincing? Let’s see if this will do the trick.

Many of these amazing songs could only be accessed through the SoundCloud streaming platform.  The comment sections were overflowing with sentiments from true fans and disrespectful, grimy, clout-chasing, mumble rappers.  You could find just about anyone trying to profit off of Lil Peep’s musical career. Genesis Rivera, ’20, expressed her gratitude to have escaped “that putrid app with a bunch of annoying ads.”  Everybody’s Everything is available on every streaming service.  So I do not want to hear you say you couldn’t give it a listen.  What good music is even out right now? For crying out loud, JESUS IS KING by Kanye West featured 11 horrendous songs that didn’t even amount to a half hour.  There are 19 songs on Lil Peep’s recent album. You are bound to find a tune or two that you’ll keep on repeat for days.  Additionally, the documentary of the same title released depicting Gustav’s rise to stardom until his sudden demise. Phoebe Fisher, ’23, screamed “You’re darn tootin’ I’m gonna see it! I’ve waited so long.”

If you made it this far you are impervious to sound persuasion about good music.  I can only imagine how bad your music playlists are. 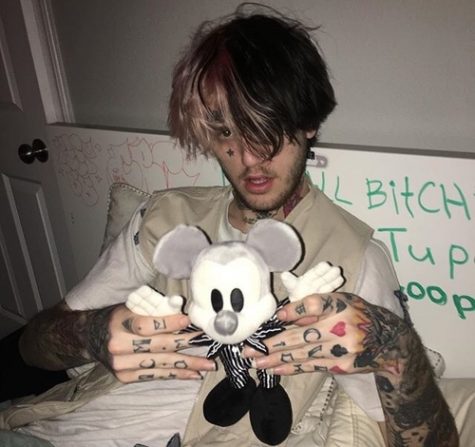