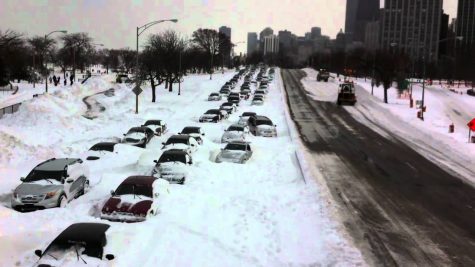 Here is a friendly reminder that Chicago Winters is nearly upon us. If you’ve ever lived in Chicago for an extended period of time then you understand how brutal the weather can get. Winter here is usually either very cold, very snowy, and if we’re unlucky, both. When asked about his thoughts on our winters, Jimi Taiwo, ‘20, replied, “Yea I hate it here during the winter, it’s too cold to do anything and after the holidays it just gets worse.” Tristan Kenny, ‘22, says, “I absolutely love the winter. The snow is nice to look at and play with. Also, wintertime is the perfect time to get cozy and snuggle under thick covers.”

Winter is a great time to stay in, and sometimes it becomes a necessity living in Chicago because of how vicious our blizzards are. Jeremy Cho, ‘21, recalls “I remember during the 2011 blizzard some of my family friends were coming to visit, but they got stuck on Lake Shore. We were so scared for them.” I’m sure you remember where you were during the 2015 blizzard aka The Super Bowl Blizzard which dropped a total of 19.3 inches at O’Hare and over 20 inches in other areas. About 2x the amount of snow expected for a typical February was dropped during the three-day span of the blizzard.

Despite the horrors that come from spending a winter in Chicago, there are still perks of living here during this season; such as amazing events held in downtown Chicago. Hopefully there won’t be another blizzard any time soon.