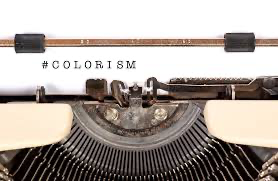 It’s 2019, and the Black community still can’t catch a break. From non-Black celebrities thinking that’s it’s okay to say the n-word to an innocent Black woman being shot and killed in her own home, there’s always this struggle of being respected and treated as a human being. One thing we sadly know all too well is the lack of a fair judicial system within the United States which results in many Black people being put inside a corrupt system that criminalizes them for life. According to the naacp.org. Black people are disproportionately imprisoned and are five times more likely to be arrested than White people. A new study from Harvard revealed that, colorism may also be a factor in what makes a Black person more likely to be sentenced to jail. Author and activist, Alice Walker, defined colorism as “prejudicial or preferential treatment of same race people based solely on their skin color.” The study essentially concluded that the darker you are, the more likely you are to experience a harsher experience within the criminal justice system and to be arrested.

To me, this is old news. It’s as simple as this, our entire race is seen as a threat. Damani Hood ‘20 expressed, “When you’re black, you’re a problem, period.” However, within the Black community we all have different experiences based on our skin color due to the rigid stereotypes of the entire race. Those negative stereotypes are usually made up of images of dark skin individuals and never include those who are mixed or light skin. It’s almost as if having lighter skin puts you in a gray area which makes it harder for law enforcement to stereotype and discriminate against. Nia Lambert ‘21 said, “I don’t feel as threatened as a light skinned person which is a problem in itself, because the stereotypes usually don’t extend to people who look like me.”

The world we live in is very black or white, and it completely shuts down when being met with the inbetween or gray area. It’s unfair and honestly sad the way colorism functions in our society, because it creates a division within the Black community. Cori Salter ‘21 explained, “It took me a long time to learn to love myself as a dark skin girl. All the people around me glorified people with lighter skin.” The argument of light skin people having privilege within their disenfranchised community comes up often and punishes those individuals for not experiencing as harsh discrimination as their dark skin counterparts. When will we realize that colorism is just another form of racism that is designed to destroy the integrity and power of the Black people? It’s not about our vast difference in experiences, but about how we all have to deal with these strategic systems put in place to work against us.