Recently, NBCS Chicago’s IHSA high school sports coverage Twitter announced that due to the large number of voters in their “Viewer’s Choice Poll”, they have decided to cover both the Kennedy vs Sullivan football game and our very own Whitney Young Dolphins’ homecoming game vs Von Steuben this Friday.  After more than ten thousand responses, the Dolphins have a chance to win our homecoming game with television coverage. I decided to ask students how they felt about this exciting opportunity for the football team and for our school. 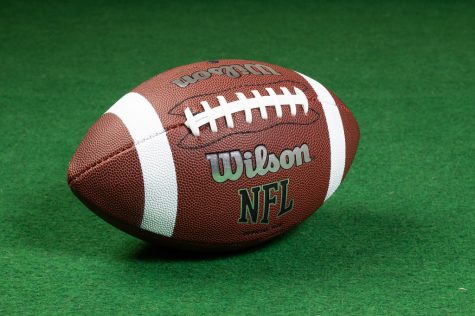 t our football team has the opportunity to be on TV! I’m gonna cheer on the homies even more now! Go Dolphins!” I also asked Colin Moran ‘22 what he thought about the homecoming game being televised. He said, “I know any varsity player would love the opportunity to play with the cameras on them. It’s extra special because it is our homecoming game. There’s a lot of pressure already because of all the homecoming fans. If anything, the camera’s will just hype up the boys even more, and they’ll take the W home.” Asking Daisy Salchli ‘20, she proclaimed “I think it’s great the team is getting recognition! I’m hoping for a big win!” There’s clearly a lot of excitement and energy for our homecoming game.

The football team has a huge opportunity to prove their skills to the rest of the city. After an exciting pep rally being held by the administration and organized by the student council, the student body is hoping for a win from our boys football team to start off an excellent weekend coming up. Homecoming week is almost over! Let’s end it with a win!