The Perfect Taste of Whitney Young 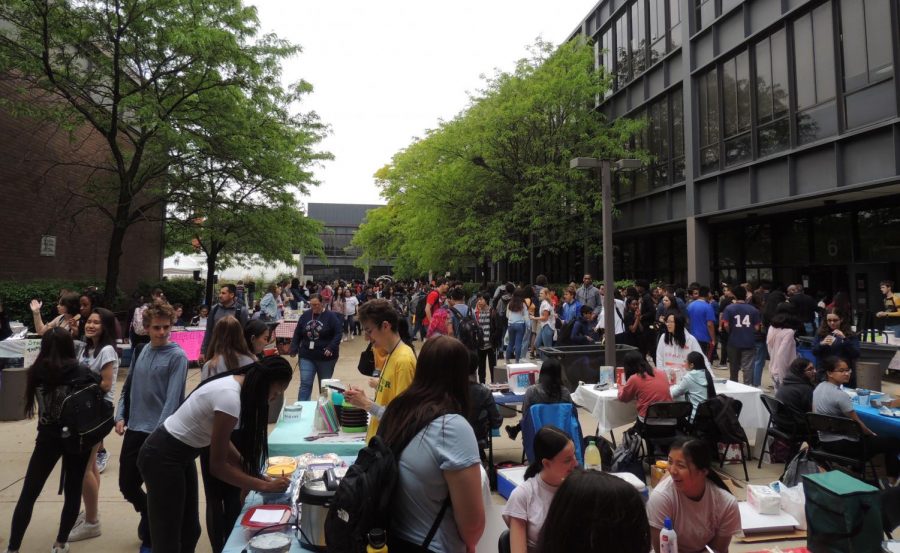 The Taste is the annual school-wide fundraiser for clubs. It was held on May 29th during all lunch periods outside under the gym bridge this year, rain or shine. The weather forecasted the day to be rainy with the highest temperature of 59°F. As clubs were setting up during second period, it looked like the forecast was going to be true. Writers Club admitted, “We chose this spot under the bridge to be protected from the rain.” But as 3rd period rolled around, the clouds shifted and the sun was revealed. The temperature rose up especially under the sun to past 70°F and business was booming.

There were 93 clubs* who participated and raised a record amount of money. There was also a huge variety of food compared to last year and that is what made this year more successful. Usually there are just baked goods and more baked goods, but this year there was more entree foods. There were pancakes, candy, chips, chocolate, pastries, nachos, Chinese food, pig in a blankets, tattoos, bracelets, conchas, pizza, bubble tea, tacos, burgers, tamales, cake pops, shaved ice, churros, matcha drinks, Mediterranean food, fruit, hot dogs, and corn on the cob! “I liked the tacos. They ha a whole taco making contraption!” says Fiona Chen ‘19. There were also many exhilarating activities like arm wrestling, circus wheel, and go-karting.

AGE who sold the popular mocktinis remarked, “Sales were pretty good. We we only had 3 bottles of orange juice left after we bought 8.” Some clubs hoped there would be electricity for next year, but it didn’t seem to bother many clubs this year.

It was a warm, sunny, exciting day. Thank you to Student Council for helping to host the Taste. Thank you to the clubs and students for participating and making it a lively day.