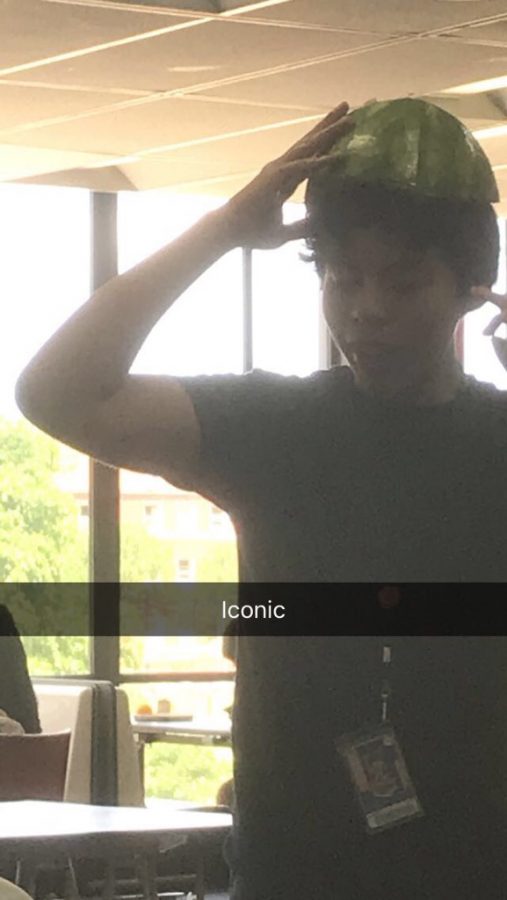 A Universally Renowned and Acclaimed Actor, Kevin employs subtle yet extraordinarily advanced level techniques to get into character and become one with his surroundings.

In an amazingly fantastic and historic turn of events, Kevin Garcia-Flores ‘19 won the Dubbie Award for Best Actor. When Dearborn Plys ’19 proclaimed Kevin’s epic victory, Kevin danced majestically on the stage and said a brief, but deeply profound speech; “Thank you everybody, I love everybody here, and I just have one thing to say: ‘Party at [Mr.] Beagler’s place after!’” We attempted to reach Mr. Beagler for a statement regarding the supposed party, but he declined to comment. Kevin is also a winner of the Dubbie for Best One-Time Segment, which was coincidentally presented by the author of this article. “I just want to thank God, God, God, God, and God…!” exclaimed Kevin in a heroic and valiant manner.

Kevin’s multiple wins have not gone unnoticed by the general public. He has gained several secret admirers, talk show guest appearances, and the “Key to the City of Chicago.” In addition, an “expressway” will be renamed in his honor. Several of Kevin’s DubTV peers were asked to comment on his victory. “I’m so happy that Kevin won,” said Abigail Sileo ‘19, “he is so talented and deserves that recognition.” “Kevin, please be the father of my children,” said an unknown secret admirer via a note that was left on the floor in front of the article author’s locker. An anonymous Freshman ‘22 said, “I look up to Kevin so much. He is a role model for all of humanity.”

Kevin is known for his artistic, creative, and eccentric roles in film pieces such as “Spook’d.jpg,” “The SAT for Dummies,” “DubTV Takes on Chuck E. Cheese’s,” and “I’m Gonna Do It”- to name a few.

DubTV is not the only environment where Kevin has garnered mass acclaim for his accomplishments. He is already widely known for his various attempts at the “10 Milk Challenge” in which he attempts to drink 10 cartons of milk in one sitting and keep them down. He is also a member of the Aerospace Club.

Pertaining to his accomplishments, Kevin made the following remarks; “I’m actually a little depressed about this because [there is a possibility that] it might all go downhill from here. This might be where I peak…or not. We’ll just have to see.” Kevin added that he would like to thank the people who decided to “actually open the Google Voting Form and vote, because [without them], I would not be where I am today [lip smacking noises (?)].”

Regardless, Kevin is a GOAT and we anticipate nothing but success for him in the future.