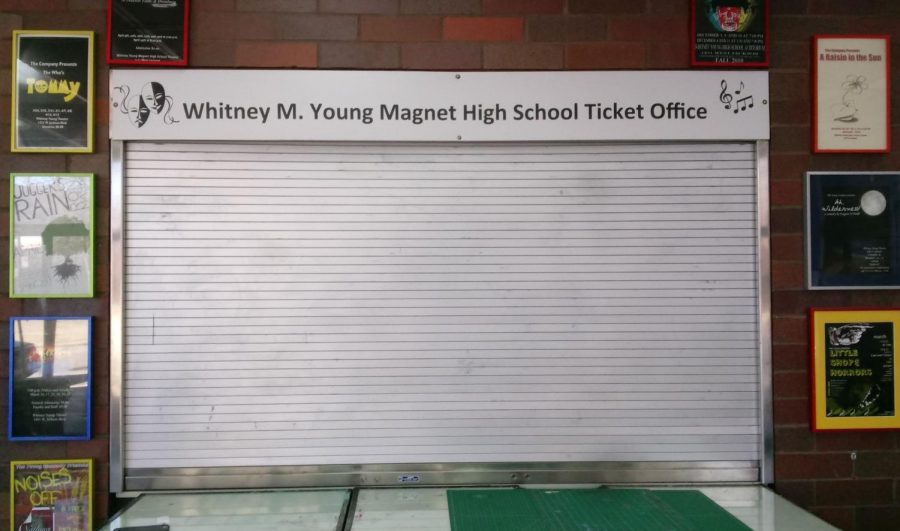 Later this month, the little-used ticket booth will open during the day for students to purchase leftover delightful little (and not so little) pastries at a discounted price from the Wise Guy coffee shop. This initiative has been set in place in response to a meeting of economics students and administration last week, which concluded both that the coffee shop currently gains insufficient profit, and that the excess of traffic on the second floor disrupts the calm mindset required for a high schooler to thrive at Whitney Young.

As a result of the expansion, there is a projected increase in foot traffic on the first floor of the Arts building, resulting in decreased and/or redirected traffic on the building’s second floor, which has grown too crowded for some. This, says the administration, would “satisfy complaints about ackies overcrowding the second floor hallway.”

Despite all the rave, some are not too thrilled about the expansion. Mr. Gorisch, whose classroom is right next door, is fed up with all the trash getting left behind. Already, he says, “There’s trash everywhere! Trash on my tables, cups on top of the vending machine… Students just don’t clean up after themselves.” Looking forward, I hope one day people will learn to use the cutting edge technology invested in this project, a technology which administration has implemented all over the school, and which has been shown by experts to significantly decrease disease if used correctly…called a trash can.

In addition to decreasing the prices for baked goods during the day, they will increase the amount of student volunteers, or free labor, as they were called at the meeting. “They told us economics required extensive knowledge of addition and subtraction, but I would’ve never known that there is an option to not pay workers and skip the subtraction!” noted an excited economics student.

Overall, this seems to be a positive transformation of the Arts Building, if not of the entire school community. When you get a chance, come visit the ticket booth during the day for a snack!